Healthy, carbon-free, easy to park, the humble bicycle has become one of the few winners in the COVID-19 lockdown. With businesses shut and people staying home, fearful of infecting or being infected, cycling emerged as the safest mode of transportation – not to mention the most popular vehicle for food deliveries, trips to the store or escaping home for a mental health break.

Across Canada, cyclists are enjoying new respect. Calgary city officials started closing major roads on weekends to give walkers and cyclists more room to roam. Vancouver banned cars from Stanley Park Drive, the picturesque road through the city’s famous park, and partially closed nearby Beach Avenue to make more room for humans. Toronto is fast-tracking plans for 40 kilometres of new lanes. Montreal announced plans to add 327 kilometres of bicycle paths and pedestrian lanes this summer. Abroad, France is creating 650 kilometres of cycleways and offering €50 per person for bike repairs.

The bicycle’s shining moment may have been in April, when both Toronto and the province of Quebec named bike shops “essential services,” enabling them to stay open during the lockdown.

Vélo Québec, a non-profit that promotes cycling, made a strong case for the exemption. “It’s a way of travelling where you can keep physical distance from each other,” said VQ president Suzanne Lareau. “The number-one reason people don’t ride bikes in the city is because they’re afraid of the cars, but from one day to the next, that problem disappeared. So it’s important to remember that biking is a great form of transport, even in a pandemic.”

Even bike mechanics have become heroes, braving infection risks as they handle other people’s bike parts. “We’re on the front lines because everyone wants their bike [repaired],” one store owner told the Montreal Gazette. “We’re trying to be extra careful, but it’s scary.”

Celebrity urbanist Richard Florida is urging cities to expand bike lanes and encourage bike- and scooter-sharing programs – not just during the lockdown, but for the long haul.

The Netherlands’ reserved bicycle “highways,” and their inner-city bicycle corridors that can be opened to vehicles at the press of a button in case of emergency, demonstrate that North American cities have a long way to go to catch up to Europe’s pedal-powered infrastructure.

For individuals, cycling “means cheaper travel and better health,” says Chris Heaton-Harris, the U.K.’s transport minister. “For business, it means increased productivity and increased footfall in shops. And for society as a whole it means lower congestion, better air quality and vibrant, attractive places and communities.”

A version of this story appeared in the Summer Issue of Corporate Knights.

Mon Aug 24 , 2020
High-profile U.S. tech companies tend to grab the clickiest headlines when it comes to the financial news splashed across the internet these days, but none of them compare to a Singapore-based gaming, e-commerce and payments company on a performance basis over the past 18 months. In fact, it’s not even […] 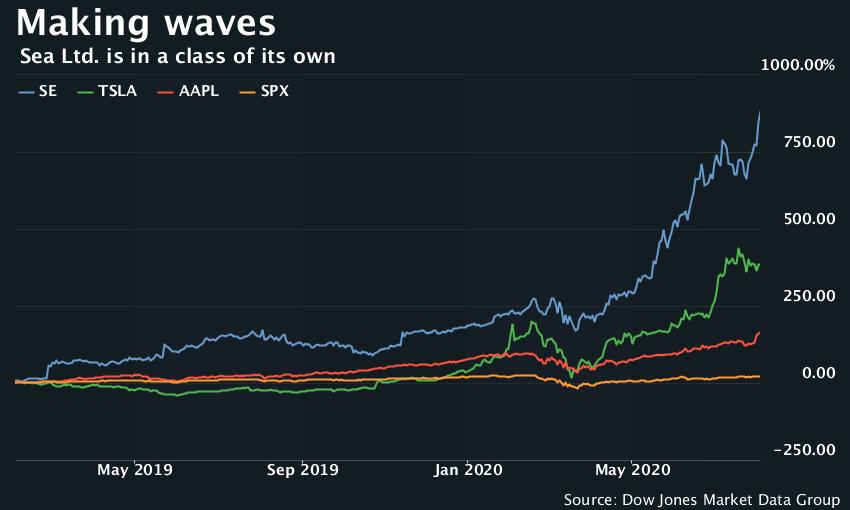