The Voltron Vehicle Force (aka Voltron I and Voltron of the Near Universe) is the incarnation of Voltron composed of 3 teams of 5 all-terrain vehicles. Piloted by a multispecies team of space explorers, the Voltron Vehicle Force defends the Galaxy Garrison exploration fleet tasked with searching for new habitable planets to support an overpopulated Earth. The Drule Empire, on a similar mission, confronts the fleet at every opportunity. Can the Drules be convinced that cooperation is the best hope for both sides?

This incarnation of Voltron was adapted from the Japanese Dairugger television show. Though less successful than the Lion Force incarnation, the story and team have been further developed into more original directions in the few further expressions of the property.

As Voltron was always marketed as a single series, “Vehicle Force” is not a canonical name, but is widely-used in the fandom to distinguish this incarnation from the others. Another common nickname is “Vehicle Voltron”.

This Voltron team consisted of 15 members, who were divided into 3 teams of 5, known respectively as the Land, Sea, and Air Teams. Each team was specialized in gathering data or fighting in their area of expertise. Each team could also combine their vehicles into a super vehicle, with each combined formation differing amongst the three teams. These fighters were:

When necessary, all 3 teams form the mighty (Vehicle) Voltron.

This incarnation first appeared in the original Voltron: Defender of the Universe animated television series. The Vehicle Force arc was aired following the conclusion of the Lion Force arc.

In this iteration of Voltron, the Galaxy Alliance’s home planets have become overcrowded, and a fleet of explorers has been sent to search for new planets to colonize and to reduce this overpopulation. Along the way, they attract the attention of the evil Drule Empire, long engaged in an ongoing war against the Alliance, and the Drules proceed to interfere in the mission of the explorers and the colonists with the intent to take any new planet for themselves. Voltron helps to defend the fleet from repeated Drule assaults and guarantee the successful population of each new world.

In early episodes, it was mentioned that the Vehicle Voltron, once assembled, had only five minutes of nuclear operational capability. This limitation did not persist in later episodes, no explanation was given. In one episode in particular, Voltron is seen to form without its head.

It should be noted that in the opening narration to the TV series, there is no distinction given to this version of Voltron, and the narration is nearly identical, save for the line about the super force of Space Explorers being entrusted by the Alliance with the ancient secret of how to assemble Voltron.

Devil’s Due Publishing introduced the Vehicle Force in one of its story arcs, though the focus shifted back to the Lion Force after that arc’s conclusion.

Unlike the animated series, which only had three crossovers with the Lion Force (at the end of the Lion Force run, in the Vehicle Voltron episode “Letters from Home,” and in the “Fleet of Doom” special, which brought both Voltrons together, all 3 instances through Voltron-exclusive animation footage), and which depicted the two Voltron Forces as being longstanding friends, the comics showed Keith and Jeff as having an antagonistic relationship with one another, particularly with regard to the Lion Voltron’s supposed “sneak attack” on the Vehicle Voltron.

The new Voltron series by Dynamite shows, in issues #006, a flashback, where it is revealed that Vehicle Voltron was, actually, the fifth unit realised by planet Arus, in the so-called “near Universe”, negating every contact between the two Units; writer Brandon Thomas, in an interview, though, advised readers that this series shouldn’t consider as much as a continuation of the original series, but as a new world.

The Voltron of the Future

Based on Armored Fleet DaiRugger-XV, this Voltron premiered after Lion Force. This is due to a tape mix-up. Originally, this was to be the first Voltron to premiere. According to the back story provided by World Events Productions, the Vehicle Voltron was constructed after consultations by the Galaxy Alliance with Planet Arus’s King Alfor before his death, with the new Voltron’s designs retrofitted in part from the original, much older, Lion Voltron schematics. However, in the continuity of the recent comic by Image and Devil’s Due Publishing, the Vehicle Voltron came about through the capture and study of the original Voltron on Arus by forces from Earth itself. Thus, while machines cannot truly be cloned, this new Voltron could be considered an imperfect clone of the original Lion Voltron. The machine was referred to in one issue as V-15, and was actually attacked by the Lion Voltron in order to repair itself.

Mon Apr 20 , 2020
Have you ever thought about the importance of transportation? We see thousands of cars and big trucks, planes, and ships, and even do not think what exactly they are doing. No, they do not only transport people from one place to another. All those vehicles form a huge transportation system […] 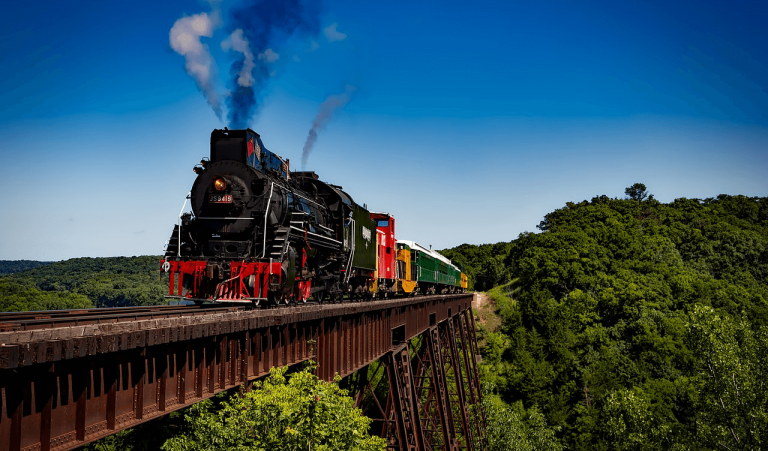