STATEN ISLAND, N.Y. — If it feels like New York City has become the speed camera capital of the world, that’s because it has.

On Tuesday, Mayor Bill de Blasio announced that the Department of Transportation (DOT) has achieved its goal of installing speed cameras in 750 school zones throughout the five boroughs making it the largest speed camera network anywhere in the world.

In an effort to further curb speeding on city streets, the mayor also announced that the speed limit will be reduced by five miles per hour on nine streets throughout the city, including one on Staten Island.

Currently, 950 speed cameras are installed throughout the city within the 750 designated school zones.

Though the number of school zones with cameras is legally capped at 750, zones are permitted to have multiple cameras, with the city planning to have 2,000 total cameras operating within the 750 zones by the end of 2021.

Motorists who are photographed exceeding the speed limit by more than 10 mph at a speed camera location receive a $50 fine.

“Speeding is a leading cause of traffic fatalities. Even under COVID-19, this administration has maintained our commitment to keep our streets safe for the all users, especially the most vulnerable,” said DOT Commissioner Polly Trottenberg. “We are reducing speed limits on some of the city’s most crash-prone corridors, and growing our speed camera program at a rate that will make our system the largest in the world.”

Nine streets throughout the five boroughs, totaling over 25 miles of roadway, will see their respective speed limits reduced by five miles per hour in the coming weeks.

On Staten Island, 1.8 miles of Targee Street, from West Fingerboard Rd to Broad St, will see its speed limit reduced from 30 miles per hour to 25 miles per hour.

In Manhattan, Riverside Drive, from 165th Street to 181st Street, will be reduced from 30 to 25 miles per hour.

In the Bronx, Bruckner Blvd, from East 135th Street to Pelham Bay Park, and Webster Ave, from East 233 Street to East Gun Hill Road, will be reduced from 30 to 25 miles per hour.

The new speed limits will go into effect over the next four to six weeks as the DOT installs new signage at the locations.

Speed cameras along the corridors will be reprogrammed and will only issue warnings, as opposed to tickets, during the first 60 days that the new speed limit is in effect.

“Through years of progress, Vision Zero has made New York City’s streets safer across all five boroughs, yet there is still work to be done,” said Deputy Mayor Laura Anglin. “We know speeding is one of the leading causes of traffic fatalities and by lowering speed limits – combined with our vast network of speed cameras – we are focusing on those who put New Yorkers in danger.” 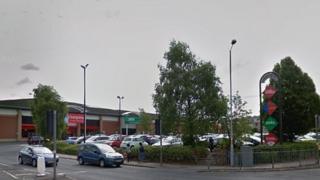