Urban Aeronautics CEO Rafi Yoeli says he believes a flying car could hit the market soon and it will likely be marketed by his company. He recently fulfilled what he called his life-long dream by building a prototype of a flying car that he envisions being used for both military and civilian purposes one day.

“Some people make a plane with folding wings and say: ‘Look! A flying car!’” Yoeli said. “But, in my mind, it has to look like a car and carry four to five people to be worthy of its name.”

In industry speak, he said it has to have electrical Vertical Take Off and Landing (eVTOL) to be a flying car. According to the Deloitte website, eVTOL vehicles have the potential to improve the future of elevated mobility by moving people and cargo more quickly, quietly, and cost-effectively than traditional helicopters. A separate journal described eVTOL as a new means of transport that can fly like an aircraft and take off and land vertically like a helicopter, “sometimes called personal aerial vehicle.”

Yoeli’s company has two models: the CityHawk and the Falcon XP,  both which weigh more than a ton, not including the passengers.

So how did he get these cars to fly?
His solution was to use fuel cells and Hydrogen.

The cells allow air to come in contact with hydrogen to produce an explosion three times stronger than jet fuel. This is also a green solution, as a hydrogen engine releases water vapors, not carbon, which means no carbon footprint.

Unlike electric cars that can charge their batteries along the road, the flying car might need to land in places without a charging dock. However, it can’t just carry around spare batteries as that would mean too much extra weight.

The car is able to take off the ground with two compressors located at its base.

“People thought we were crazy,” Yoeli told the Post. “But we poured 15 years of research and development into this and I collected the best people in the country for this project.”

The prototype is not yet ready for market. Though it does work in the sense that it was able to take off the ground, hover around and land safely in 2018.

Yoeli said the no price or release date are yet established. Though he admitted that the first models are bound to be pricey until flying cars become a new normal.

He was careful to distance himself from any association to sci-fi or fantasy saying that “we are all practical people and this company is meant to turn a profit.”

The flying car will be more than a way for people to commute to and from work or a summer home. It will also be used to deliver supplies and evacuate wounded soldiers in the battlefield of the future, he explained.

“We have opened the door to a new world in aviation,” Yoeli told the Post. “This isn’t only a sexy-looking product, it also passes all the requirements of the Federal Aviation Administration.”

Sat Sep 5 , 2020
This summer, as thousands of Americans drive their lower-emission cars on the nation’s roads and highways, very few of them are aware that this month marks the 50th anniversary of a seminal event that paved the way to the invention of their vehicles. On August 24, 1970, Berkeley’s College of […] 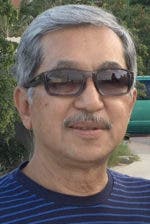