Skip to content
This website is all about the U.S.A. and how we pushed the barrier of speed as our nations starting with men on horseback all the way to modern day where we are pushing vehicles with over 1000 horsepower.

I chose to look deeper into transportation in our country’s great history for a couple of reasons. First of all, I love cars and motorcycles today. I saw this as a great way for me to learn how we came to how we are today with Mustangs and Challengers that rip wheel right off of axles. Another reason why I want to learn about transportation is because it changed our country so much as it advanced. From the transition from horses to trains and from trains to cars it had a large impact. Lastly, the Americans took a far different approach building cars than European and Asian manufacturers. Americans were more about power and torque while Europeans were more about nimbleness. This difference makes looking at American car culture very interesting to a JDM car guy like myself.

I hope to learn about the development of the modern day car that can run 10 seconds quarter-mile times. I also would like to learn who were the people that really began the racing scene in the U.S. Lastly, I hope to learn what kinds of innovations were important to which time period. For example, right now tons of car manufacturers are trying to reduce weight to make cars faster but back in the 1970’s manufacturers were more concerned with making as much horsepower as possible no matter the cost.

This semester long project seems to have tons of information to learn ahead and I’m very excited to see what is to come!
​-Will Bucher

Witch on a Bicycle | I'm building a car from scratch with zero budget, watch me go insane

Tue May 12 , 2020
Things were bought, (way too much) money was spent. Legs were worn out, and my butt hurts from way too much sitting on deliberately uncomfortable benches. Not joking on that, DART was forced to buy benches that are only comfortable for the short duration so as to discourage homeless people […] 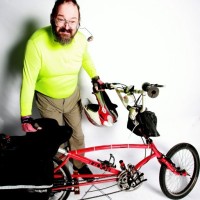