A few weeks back, I got an email from a journalist writing a story for VW Vortex, a writer named Sebastien Bell. Sebastien sent me some pictures of a strange Volkswagen Type I-based one-off car that was advertised as a 1970 Volkswagen Concept Car. Sebastien was smart enough to find it all a bit questionable and asked me for some input. And just today I saw it showed up in an article in Der Spiegel. So what’s going on?

The car showed up for sale in Canada, and the pictures in the ad also included this little sign:

“This car was built by a California design studio at the request of Volkswagen would look like in the year 2000.”

G/O Media may get a commission

Now, missing words aside, what they’re saying is that Volkswagen commissioned this car as a design study for some future car.

The car is certainly cool and futuristic-looking, and it is built on a Volkswagen Beetle chassis, but I really don’t think this was in any way an official Volkswagen project. Der Spiegel reached out to VW headquarters in Wolfsburg, and, unsurprisingly, they knew nothing about the car.

I say it’s unsurprising because there’s almost nothing here that feels like an actual VW project. VW made plenty of prototypes and concepts, and while many are pretty wildly different from production VWs, they all tend to share some fundamental air-cooled-era design vocabulary and pull from the same basic set of parts-bin bits for many components, almost none of which are seen on this one-off here.

Plus, the overall design, methods of construction, and level of quality simply do not match what was being done by the VW factory at the time.

None of the parts like the indicator lamps, side mirrors, or door handles are what VW itself would have used, and the fiberglass construction would be very unusual as well. This does not feel like an actual VW project.

Pictures of the interior show gauges from a VW Type III and a steering wheel from a 1972 and up Beetle, which if the car is from 1970, must be a later replacement. I do think the donor car is from around 1968 to 1970, as the steering column and heater controls that are visible here are from that era.

So, I think the time of construction is about right. And, while I definitely do not think this is something made by VW corporate in Wolfsburg, that’s also not what is being claimed, here—they say it was built by a California design studio at VW’s request for their “what would a Beetle be like in 2000″ project.

Der Spiegel reached out to the person selling this vehicle, David Grainer, who confirmed this is the story he heard:

After all, David Grainger, who wants to sell the car now, answers a request from SPIEGEL by email. His information is very sketchy, but there are a few clues: Grainger has owned the VW Concept for around 25 years. He bought the one-off in the mid-1990s from the US company “Fantasy Car” in El Cajon near San Diego, along with seven other vehicles. “Fantasy Car” boss Bob Butts, who has since passed away, told Grainger that a Californian design studio built the study in the early 1970s. With the aim of designing a VW Beetle for the year 2000.

Now, I don’t believe this, either, but I think I have an idea of how it ended up with this story.

What I think happened is that this was a one-off project built by someone talented around 1970, likely in California, perhaps as a showcase project for a body shop or small design company or custom accessory manufacturer or something similar.

There were so many kit cars and art cars and other one-offs built on VW pans around this time that this would really have not been that unusual. It’s a well-built example of this sort of thing, but I really don’t think the commission to build it came from Volkswagen itself.

Maybe a local VW dealership or even groups of dealerships? That’s possible, I guess. As far as the whole “Beetle of 2000″ thing goes, I think what’s happened is some conflating—perhaps deliberate—with an actual VW concept car project called Auto 2000.

Auto 2000 was a project VW undertook in 1981 to imagine what their cars in 2000 would be like—sound familiar? Of course, by then they had moved away from the old air-cooled technology and had adopted the Auto-Union/Audi/NSU-based water-cooled, FWD plan, so the car reflects that, albeit with a very efficient three-cylinder diesel.

The whole car-of-2000 thing was a German government-sponsored program, with other companies like Mercedes-Benz coming up with their own Auto 2000 concept cars.

VW’s was based on a Golf platform and included a lot of very forward-looking features that would end up in cars of 2000, including a lot of use of composite materials, a very aerodynamic body design, and even engine start-stop tech.

The front-end styling is very similar to the grille-less VW Passat B3 from 1988 to 1993, and you can see some ‘90s Scirocco in there and other bits and pieces of future VWs.

So here’s what I think happened: some California company or determined individual made a one-off re-bodied, futuristic-looking Beetle, sometime in the 1970s. While the donor Beetle is very likely between 1968 and 1970, I wouldn’t be surprised if it was actually built a bit later, after the donor car had maybe been wrecked or something like that, to make it a likely candidate to be rebodied.

I don’t think anyone really knows what it was doing after that point, but the car is said to have appeared in 1989’s Back to the Future Part II, and, given that it was a Southern California futuristic-looking car, this is not unlikely. Hell, they were just throwing big black things on the fronts of Ford Probes for that movie:

I think it may be here?

So, maybe it was owned by a movie prop company, or something similar. At some point after that, I think it must have been sold again, and that person may have been aware of VW’s Auto 2000 project and decided to tie this unusual little car to that project, but backdated to have the mechanicals make more sense.

When Sebastien first asked me for my opinion, I told him that while I thought the car was cool, I was very skeptical of its alleged history, and I still am. The Der Spiegel article just confirms what I thought originally, but is also a great reminder that like so many things, strange cars can be full of mysteries, and it’s worth looking at them with a critical eye.

We don’t know the full story of this car, and while I don’t believe the VW-sponsored car-of-2000 stuff, it’s still a cool little one-off VW special, very of a particular era, and that has value on its own.

And, really, that’s enough. No need to make it into something it isn’t. That said, if anyone reading this has some knowledge of this car’s history, I’d love to hear it.

Fri Sep 4 , 2020
High-performance electric bike manufacturer, Ultraviolette Automotive, had unveiled the pre-production version of its first electric high-performance motorcycle – the F77, in November last year. The company has now announced that it has received an additional investment of INR 30 Crore from TVS Motor Company. This investment was the part of […] 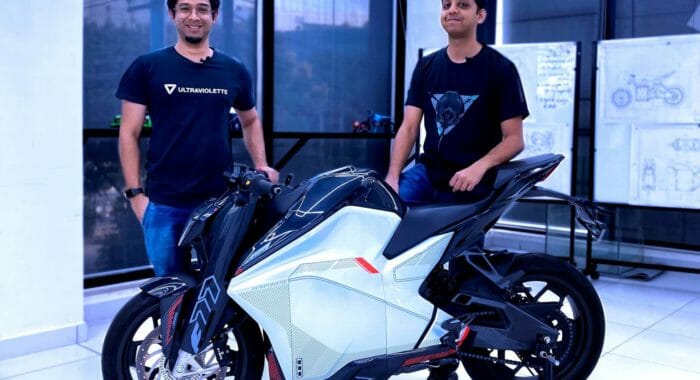