Here’s the direct quote via Autocar yesterday, from a call with investors last month:

Speaking to investors and analysts on a recent conference call, Musk stressed that “we will not succeed in our mission if we don’t make cars affordable”, adding: “The thing that bugs me the most about where we are right now is that our cars aren’t affordable enough. We need to fix that.”

While not revealing specifics, in order to keep future Tesla product launches as surprising as possible, Musk confirmed that “it would be reasonable to assume that we would make a compact vehicle of some kind and probably a higher-capacity vehicle of some kind.”

Musk made these remarks last month, when some outlets interpreted them to mean Tesla was thinking about not one but two cars, a compact and a van-like situation. But Autocar says this week that Tesla’s new plant in Berlin could make a smaller car, in particular, more of a real possibility:

It is believed that Tesla’s German factory, which is due to be completed and begin operations in July 2021, could be the catalyst for a smaller, cheaper model, thanks to what Musk describes as a “revolution in automotive body engineering”: a giant aluminium casting machine.

Considered a first in the mass-production industry, with Tesla applying to patent the design last year, the machine hugely simplifies the process of assembling a unibody frame, which is traditionally done by folding, welding and gluing together multiple panels and parts.

Far more exciting would be an actual compact or subcompact, a car that is under 30,000 dollars/euros/pounds/whatever, a car that is legitimately small but still packed with Tesla’s tech, a car that you could rationalize to yourself while purchasing, a car that doesn’t try to have all the range in the world, a car that’s utilitarian and not a cultural signal.

Which means I’m fully resigned to Tesla indeed making this car and confining it to Europe and possibly also selling it in Asia and in a few years’ time me wistfully going to the Tesla UK site and looking at the shiny and practical and sensibly-priced new Model 2 and getting mad over and over again, not unlike what I already do with the Honda E.

Sat Aug 29 , 2020
The many industries that make up the world of freight have undergone tremendous change over the past several decades. Each Friday, FreightWaves explores the archives of American Shipper’s nearly 70-year-old collection of shipping and maritime publications to showcase interesting freight stories of long ago. The following is an excerpt from […] 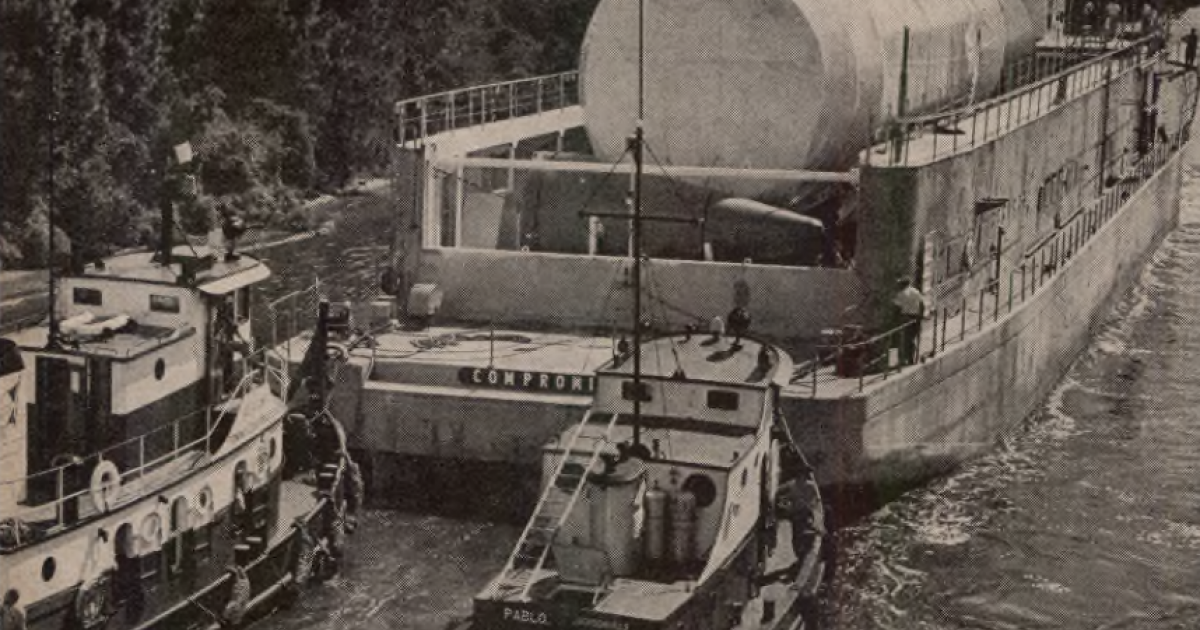