It appears that Rivian Automotive recently welcomed yet another employee with an extensive background in Tesla. As indicated in a recent Bloomberg report, Nick Kalayjian, who spent over a decade at Tesla, will be joining Rivian as the company’s new vice president of engineering and product. Kalayjian will be replacing Mark Vinnels, a former McLaren executive who joined Rivian in 2017.

A Rivian spokesperson has confirmed that Vinnels has indeed left the company, though the Michigan-based electric truck maker did not specify how recently his departure happened. Both Kalayjian and Vinnels could not be reached for comment by the publication. Rivian has also not released a statement about its new VP of engineering and product.

Kalayjian will have big shoes to fill at Rivian, especially considering his predecessor’s formidable and extensive automotive background. Mark Vinnels, after all, is a veteran, and during his time with McLaren, he was in charge of several key projects like the design and development of vehicles like the 650S, 675LT, 570S, and even the critically-acclaimed 720S.

That being said, Kalayjian’s background in electric vehicles is extensive. As could be seen in his LinkedIn profile, he was involved in the development of the original Model S powertrain from the architecture phase to volume manufacturing. He was later promoted to VP of Engineering, where he served as a key figure in the Model 3 ramp.

It should be noted that Kalayjian is not coming over to Rivian directly from Tesla. He left the Elon Musk-led company in 2018 to work as the SVP of Engineering at Plenty, which develops indoor farming technologies. Since last month, Kalayjian also serves as a Board Advisor for Plenty.

Both Rivian and Tesla are aiming to breach and potentially establish a mark at the lucrative pickup truck segment. Rivian’s R1T debuted to critical acclaim, and expectations are high for the vehicle’s start of deliveries next year. Tesla is also aiming to release the Cybertruck late 2021, though much of this goal relies on the rapid buildout of Gigafactory Texas.

Interestingly enough, Tesla and Rivian are currently involved in a lawsuit over alleged thefts of trade secrets. In its complaint, Tesla noted that it has no issue with former employees going over to companies like Rivian, but it draws the line when former staff break NDA and share proprietary information with their new employers. So far, Tesla has accused Rivian of stealing sensitive information related to its recruiting processes, bonus and compensation plans for sales personnel, and manufacturing project management systems, to name a few.

Rivian, for its part, has denied Tesla’s claims. The company has asked a judge to dismiss Tesla’s claims, and it has argued that the Silicon Valley-based EV maker’s claims fail to state sufficient allegations of trade secret theft. Rivian’s legal team further argued that Tesla did not really file its case to defend or protect any legitimate intellectual property rights. Instead, it was an attempt to slow down Rivian’s momentum and damage its brand, while discouraging employees to leave the company.

Sat Aug 29 , 2020
Happy Friday and welcome back to Business Insider’s weekly roundup of all things A to B.  Around these parts, we spend a fair bit of time trying to suss out who’s likely to be “the next Elon Musk” and the “next Tesla.” These are coveted positions, after all: Musk is […] 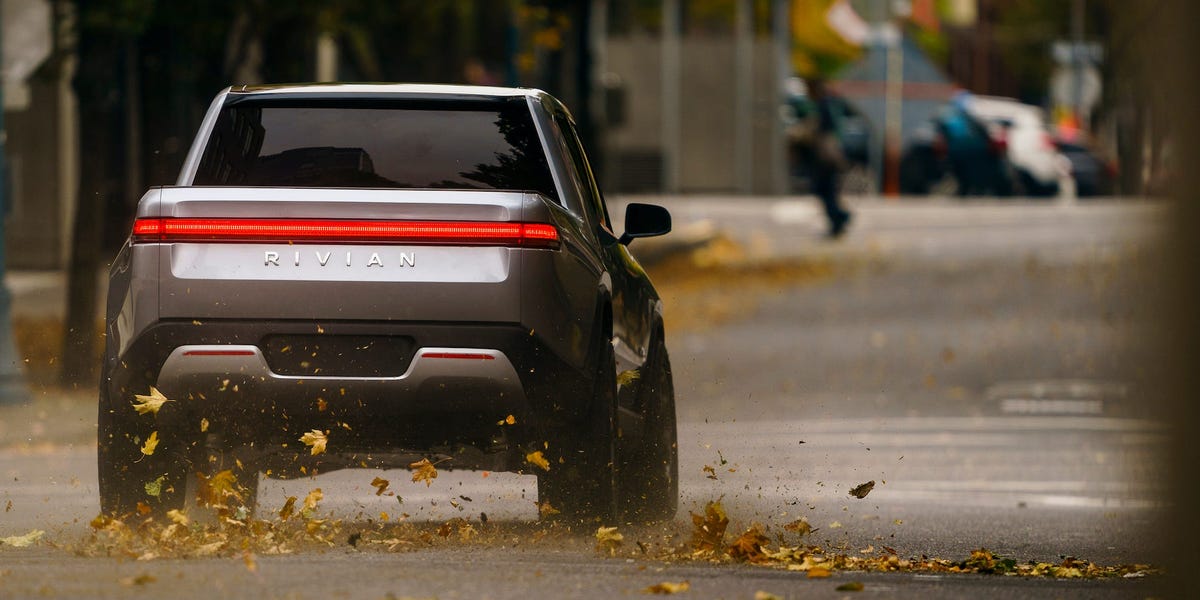