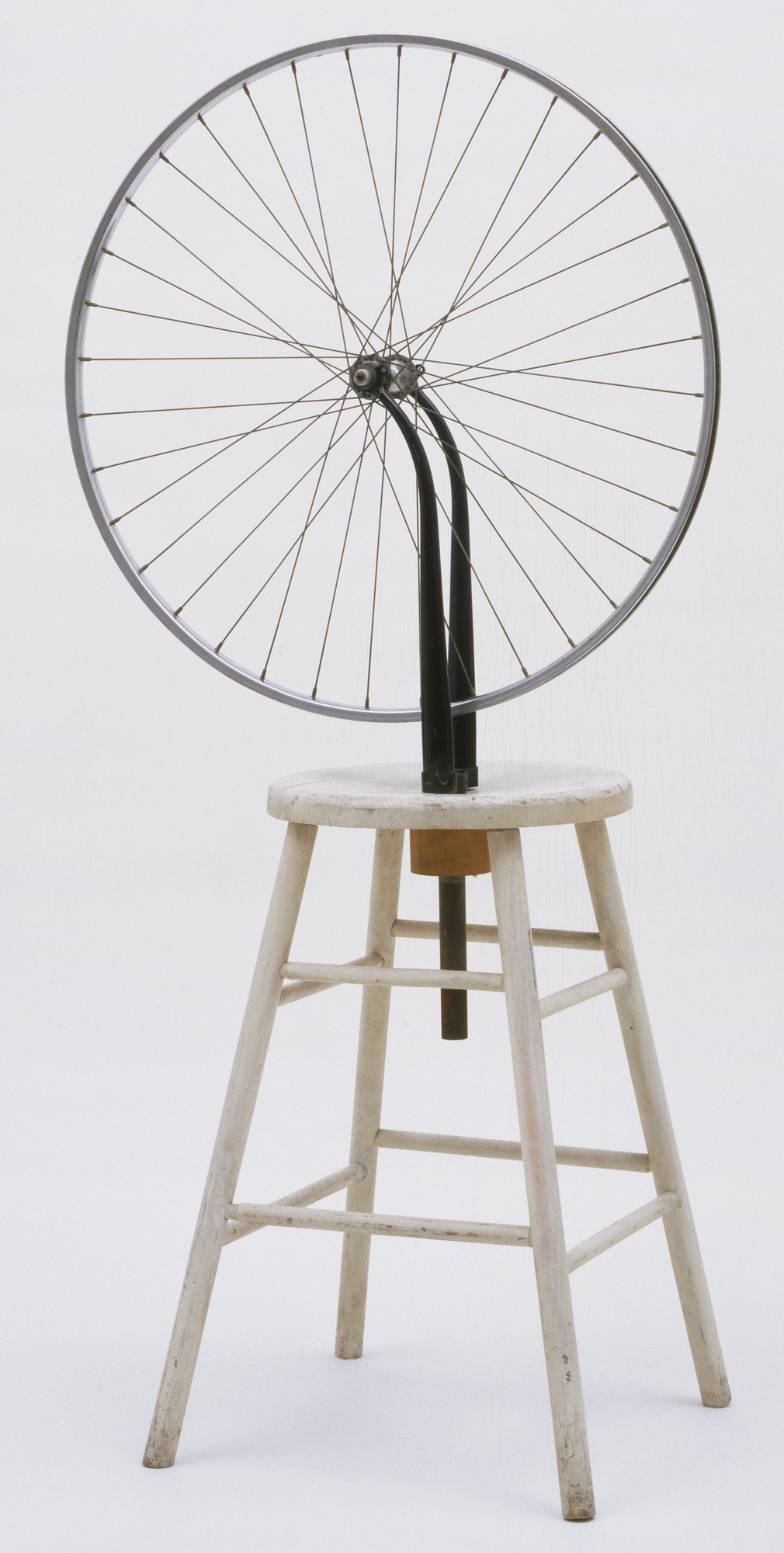 Though Bicycle Wheel predates Duchamp’s use of the word “readymade”—a term he coined after moving from Paris to New York in 1915—it is the earliest example of this class of groundbreaking artworks. Like most of Duchamp’s existing readymades, MoMA’s Bicycle Wheel is a later version of an earlier creation, made […]