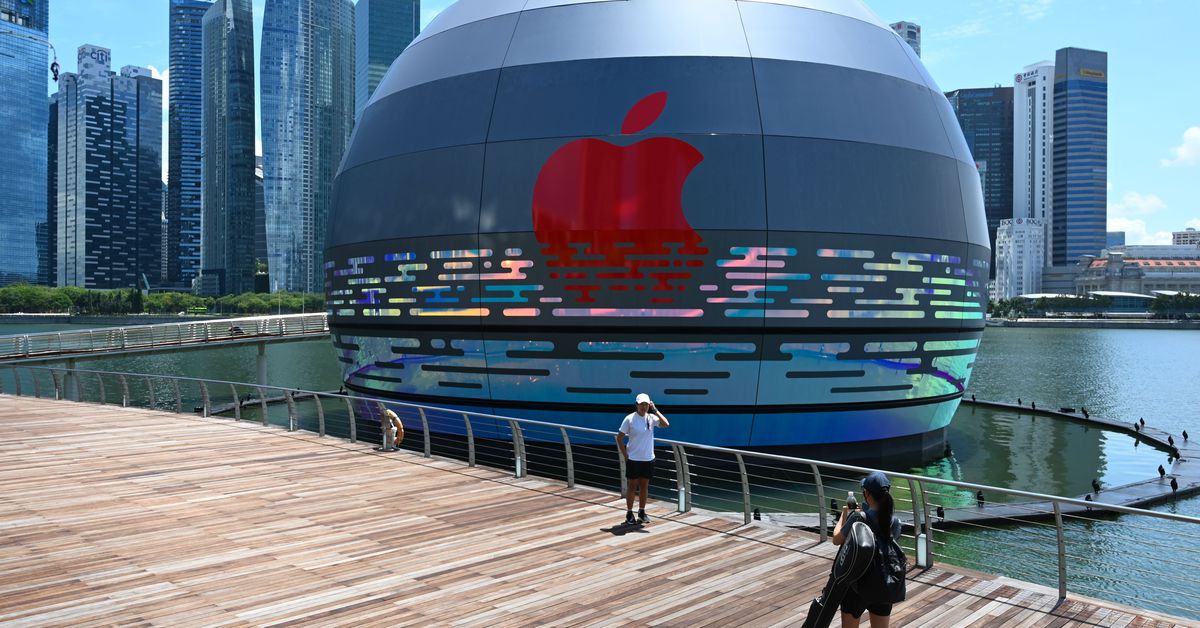 Apple’s worldwide retail network may be struggling during the coronavirus pandemic, but that hasn’t stopped the company from indulging in its penchant for pricey-looking, unique, and outlandish exterior design. The iPhone maker’s newest retail location, located in Singapore on the city-state’s waterfront and known officially as Apple Marina Bay Sands, can claim a world’s first title: it’s the only Apple retail shop on the planet that floats on water.

During the daytime, the new Marina Bay Sands store appears to look like an odd spacecraft of some sort or perhaps some form of futuristic theater.