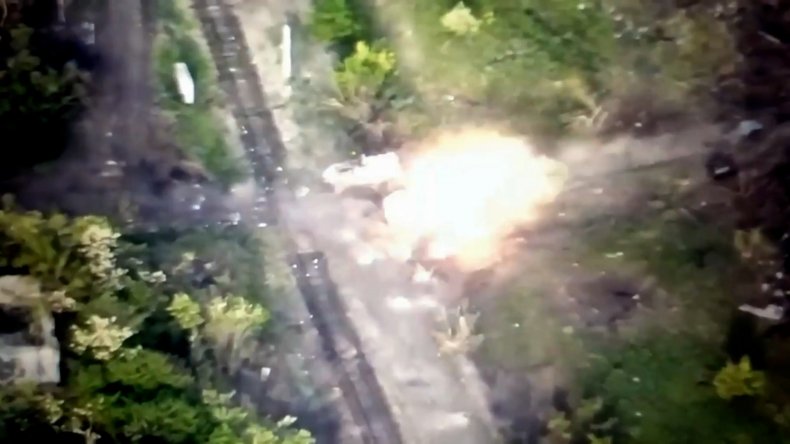 Images show a Russian armored vehicle being blown up by Ukrainian ordnance as two other vehicles scurry away. It is unclear where exactly the images were filmed in Ukraine, but they were obtained from the Command of the Assault Troops of the Armed Forces of Ukraine, which said that the […]

Though armored cars have fallen out of favor with a number of militaries around the world, France still has a number of cars in service. Often nimble and well-armed, French armored cars serve in a reconnaissance role. The AMX-10 is one of the French military’s larger, more capable armored cars, and served faithfully from […]