To buy a car, you need money. To have money, you need a job, unless you’re cruising on investments. So for many of the 40 million unemployed Americans — only the most recent, crushing count — happy talk about buying a car is bound to chafe.

But while the pandemic is kneecapping new-car sales, which are expected to fall about 27 percent to just 12.5 million units in 2020, tens of millions of Americans will still buy a car this year. Used cars have generated 40 million to 45 million retail sales in recent years, dwarfing sales of new models.

So whether it’s industry rah-rah or not, the pandemic has automakers and dealers pulling out all the stops to lure shoppers back. While it’s a buyer’s market, consumers need good advice to navigate it without tripping themselves up — including by falling for screaming “deals” that aren’t what they’re cracked up to be.

Timing the stock market is a fool’s errand, but timing this topsy-turvy auto market may be easier. Industry experts see a three-wave strategy:

Right now, no shopper can miss the trumpeting of national rebates and other incentives that averaged about $4,700 on every new car sold in May. Experts suggest that demand may snap back more quickly for new and luxury cars, which tend to attract higher-income buyers with more insulation from economic woes.

From their own comfy chair, shoppers can play dealers off each other and see who’ll offer the sweetest deal.

Pandemic or not, don’t forget this perennial supply-and-demand advice. Cars are only on sale for a reason: Because the market has decided they’re not worth full price. Just because a car is on sale doesn’t make it a smart buy, especially if it’s poorly rated or not the one you really want; you’ll be driving and living with that major purchase for years to come. The market is acutely aware of what consumers actually paid for cars. Any discount is reliably reflected in a lower resale value down the road.

Thus, high-demand models that sell for little or no discount can end up being smarter long-term buys, because they hold more of their original value. Right now, pickup trucks — which outsold sedans for the first time in history in April — are holding their own, as are hot models from brands like Subaru and Kia. Ice-cold sedans require more cash on the hood, making the best models a genuine deal for family-car fans.

If you walk into a dealership not even knowing what type of car you want to buy, you’re halfway to making a deal you may regret. The age of COVID-19 has eliminated any excuse for not doing your homework, at home. Consumers can research models and start shopping with Autoblog’s Car Finder and other car buying sites. Make sure to visit manufacturer sites as well, and plug in your zip code, so you don’t overlook any special deals and incentives in your local area.

A shocking glut of used cars will tank their prices on an epic scale. That’s great news for bargain hunters, not so great for people looking to trade in their current cars.

Dealers are going all-in with digital business. They’re willing to negotiate and quote prices online, and that transparency is revolutionizing the game: From their own comfy chair, shoppers can play dealers off each other and see who’ll offer the sweetest deal. Arranging financing before you buy is always wise, to see what interest rates or pandemic-related deals you quality for. Experts said that, post-pandemic, this way of doing business is here to stay.

For people who do venture out to kick the tires — better to avoid touching them with their hands — dealers are pledging to mask up and disinfect every surface in sight, in both cars and stores. General Motors is looking to enlist dealers in a new “CLEAN” program, pledging to follow guidelines from the Centers for Disease Control and Prevention in opening and operating their businesses.

A shocking glut of used cars will tank their prices on an epic scale, experts agree. That’s great news for bargain hunters, not so great for people looking to trade in their current cars. But Michaela Baker, vice president of product for car shopping app CoPilot, said that consumers still need to wait.

“Now is not the best time to buy a pre-owned car,” Baker said, noting that dealership prices are sharply lagging the downward curve. “Wholesale prices have fallen as much as 20 percent, but retail prices are down only 3.5 percent.”

Let’s stop guilt-tripping Americans because they’re unwilling or unable to fork over $750 a month.

That situation can’t last, Baker said, especially with a record 4.1 million Americans expected to return lease cars in 2020, with a peak during the prime summer leasing season. Hertz, Enterprise and other struggling rental companies are looking to dump vast fleets of orphaned cars at fire-sale prices, further glutting the market. At the end of April, she said, a million used cars were coming out of auction, about 800,000 of those stuck in overflow lots, shunned by dealers who can’t unload the cars they already have.

“There’s just a ton of cars coming into the market from June through mid-July, and that’s when we think you can get your best deal, specifically on one- to three-year-old cars,” Baker said.

The rental returns include armies of Toyota Camrys, Nissan Altimas and other sedans.

The CoPilot app tracks nationwide prices on new and lightly used cars, and connects shoppers with a no-charge, human “Copilot” to curate choices and find the best deal. A “Price Pulse” chart forecasts prices, and already predicts a stunning freefall for used cars. Try this, sports-car lovers: A 2017 Porsche 718 Cayman shows, as of this writing, an average price of $52,717, down more than $1,200 since March. But CoPilot expects the Porsche’s price to crater by nearly $6,300 in coming months — meaning you’d expect to pay only about $46,000 for a three-year-old Cayman.

Experts said that people looking to trade in their car are in for a rude awakening, and need to be realistic about what their cars are actually worth.

Some car and financial experts seem to enjoy shaming consumers. They’ll tell you that a long-term car loan — these days, 72 or 84 months — is strictly for suckers, or a recipe for financial disaster. But that’s not true for all buyers, especially in the time of COVID-19.

There’s certainly no shame in driving a six- or seven-year-old car, one that will still be worth several thousand dollars when you finally do trade it in.

A long-term car loan could be a smart financial hedge right now, especially for buyers who qualify for zero- or low-interest deals. The spread-out loan can keep monthly payments in check, at alluring interest rates that save thousands of dollars over the life of the loan. Consumers can have that new car without unnecessarily depleting their savings. You’re using “free money” to free up and leverage more of your own.

In addition, this isn’t 1980 anymore. The average new car cost nearly $38,000 in April. So with a traditional 48-month loan at 4.7-percent interest, you’re looking at a $755 monthly payment on that “typical” new car. That’s with a $5,000 down payment, and before insurance and myriad ownership costs. Is it any wonder that longer-term loans are popular? So please, let’s stop guilt-tripping Americans because they’re unwilling or unable to fork over $750 a month.

Here’s where people do get into trouble with long-term loans: They trade for a new car years before the loan is paid off, and find they owe more than the car is worth; a condition called being “upside-down” on a loan. Consumers get into a vicious cycle, rolling that “negative equity” into another new-car loan. In April, Edmunds saw a record 44 percent of new-car buyers saddled with negative equity, rolling a breathtaking average debt of $5,571 (another record) into a new loan.

Several consumer experts, which typically urge against buying a new car when you’re upside-down, are cautiously revising that advice during the pandemic. And getting out from under merely requires financial discipline: If you don’t trade your car before the loan is paid off, you can never, ever be upside-down. And there’s certainly no shame in driving a six- or seven-year-old car, one that will still be worth several thousand dollars when you finally do trade it in.

One word of caution here: To really get out from under, upside-down consumers might consider trading into a more-affordable car. Suck it up, keep that car until it’s paid off, and consumers will be on firmer financial footing the next time around — ideally, when the economy is booming again. 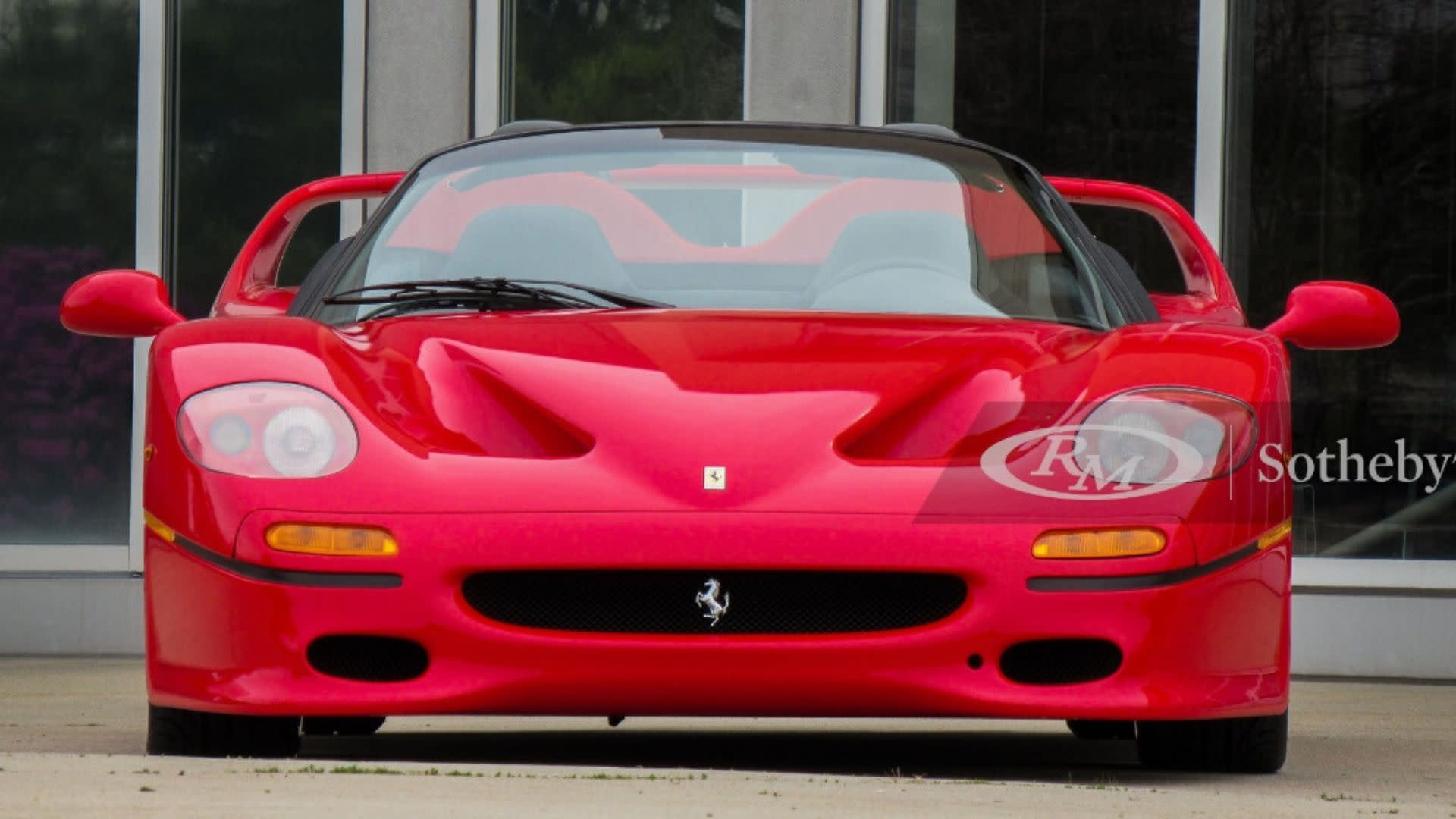