The state Board of Transportation met for the first time Thursday since the General Assembly overhauled the board this summer, but more than half of the new members are holdovers from the previous one.

Lawmakers changed the board from 19 members, all picked by the governor, to 20, including six at-large members chosen by either the Speaker of the House or the leader of the Senate. The governor’s appointments must come from each of the 14 N.C. Department of Transportation divisions across the state.

The change was included in a 23-page bill passed in late June that cut half a billion dollars in transportation spending and provided new oversight of NCDOT finances.

Gov. Roy Cooper let the bill become law without his signature. In a written statement, he said the money in the bill was needed to maintain roads but that he thought the changes to NCDOT’s board “distract from the work we must be doing together.”

The bill ended the terms of the previous board members on July 30. But on Wednesday, when Cooper announced his 14 appointments, he brought back a dozen from the old board, including its chairman, Michael Fox, an attorney from Greensboro.

Senate leader Phil Berger and House Speaker Tim Moore each made two appointments in late July. Both said they would announce their third choices at a later date but hadn’t as of Wednesday evening.

Moore appointed Stephen Rosenburgh, the founder and CEO of U.S. Developments, a real estate investment company based in Charlotte, and Rep. Chuck McGrady of Henderson County, a lawyer and former national president of the Sierra Club. McGrady, who announced more than a year ago he would not seek a sixth term, previously served on the Georgia Board of Transportation.

Berger’s picks were both former senators who resigned this summer.

Jerry Tillman, a retired teacher, coach and principal from Randolph County, served in the Senate from 2003 until late June, when he abruptly stepped down. And Andy Wells, a real estate developer and manager from Catawba County who finished second in the Republican primary race for lieutenant governor in March, announced in late July that he was leaving the Senate after six years.

“We don’t need go-along-to-get-along style of oversight at the Department of Transportation, which faces severe financial challenges largely of its own making,” Berger said in a written statement. “Andy and Jerry bring a no-nonsense attitude and significant budgeting experience to the Board, and I’m hopeful they can help turn the agency around.”

“I think it will always be important for us to focus on getting things done for North Carolina and doing everything we can to move partisanship aside and to concentrate on the goal of getting North Carolinians from one place to the next and making sure that we are making effective use of the taxpayer money,” Cooper said.

The bill changing the makeup of the Board of Transportation also expanded its mission to include ensuring that NCDOT remains solvent. The change was one of several included in the bill to increase oversight of spending by the department, which ran low on cash this spring when the coronavirus pandemic and the downturn in the economy caused a sharp drop in revenue.

NCDOT’s financial problems predate the pandemic. Department officials have blamed the costs of settling lawsuits related to the Map Act and of cleaning up after storms such as Hurricane Florence for an unplanned drop in their cash reserves over the last two years. When the COVID-19 outbreak decimated tax revenue from the sale of gas and vehicles this spring, NCDOT’s account balance dropped below the minimum required by law.

Moore and Berger say the new board members should help keep NCDOT from getting into that kind of trouble again.

“Restructuring the Board of Transportation with legislative appointments will help our state avoid a repeat of this shortfall and develop a long-term financial vision for infrastructure projects that benefit all North Carolinians,” Moore said in a written statement.

The new appointments mean seven members of the previous board won’t be returning, including long-time members Nina Szlosberg-Landis of Raleigh, who served as vice chairwoman; retired Army Maj. Gen. Hugh Overholt of New Bern; and Gus Tulloss of Rocky Mount.

Richard Stradling covers transportation for The News & Observer. Planes, trains and automobiles, plus ferries, bicycles, scooters and just plain walking. Also, hospitals during the coronavirus outbreak. He’s been a reporter or editor for 33 years, including the last 21 at The N&O. 919-829-4739, [email protected]

Sun Aug 30 , 2020
A six-car crash on the way to the green flag eliminated three Andretti Autosport drivers before the start of Saturday’s NTT IndyCar Series race at World Wide Technolgy Raceway at Gateway. “I was trying to go straight,” Rossi told NBCSN pit reporter James Hinchcliffe after watching the replay. “I’m not […] 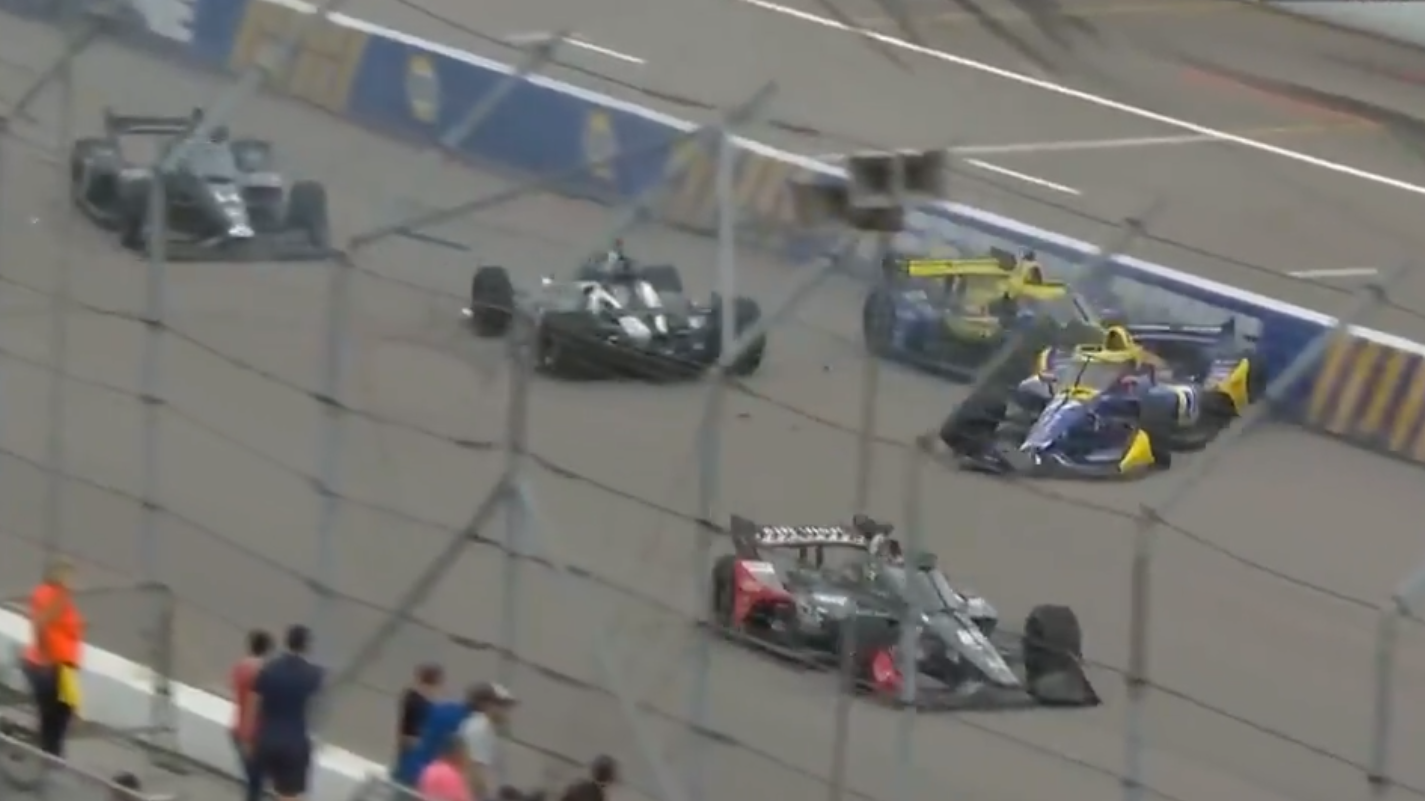