WASHINGTON — Disorganization and a lack of situational awareness by the on-watch crew of the U.S. Navy destroyer Fitzgerald was the primary cause of the collision off Japan in June 2017 that claimed the lives of seven sailors, according to a new report by the National Transportation Safety Board.

The report, which largely mirrors the Navy’s own report on the incident, found that the Fitzgerald was the vessel that was required to maneuver to avoid the collision, but failed to do so, the American investigative agency found.

“The National Transportation Safety Board determines that the probable cause of the collision between the US Navy Destroyer Fitzgerald and container ship ACX Crystal was the Fitzgerald’s bridge team’s failure to take early and substantial action to avoid collision as the giveway vessel,” the report read.

The report also found that the bridge team lacked sufficient training and neither asked for nor received adequate support from the radar operators in the ship’s combat information center. Crew fatigue also played a role in the accident, NTSB found, as did the commanding officer’s failure to put more experienced watchstanders on the bridge while navigating busy shipping lanes.

The release of the NTSB report reopens wounds for the Navy from three years ago. The service — in the wake of the Fitzgerald collision and another fatal collision of the destroyer John S. McCain in remarkably similar circumstances just weeks later — has conducted a sweeping overhaul of how it trains its junior officers to drive ships, and how it screens its perspective commanding officers for taking command.

The repaired and modernized U.S. warship Fitzgerald departed a Huntington Ingalls Industries shipyard on June 13, 2020, on its way to its new home port of San Diego, Calif. (U.S. Navy)

Those changes have made the Navy safer than it was three years ago, the service’s top surface warfare officer told Defense News in an exclusive interview.

“When we look back on those costly lessons learned and think about where do we need to go and what do we have to do,” said Vice Adm. Roy Kitchener, head of Naval Surface Forces, “we need to continue to build the professional training base of the surface force. And we’ve come an awful long way, but I’m dedicated to that. There’s some work we need to complete, and I see it as a journey.”

Sign up for the Navy Times Daily News Roundup

By giving us your email, you are opting in to the Navy Times Daily News Roundup.

In the wake of the accidents, the Navy performed spot checks on surface warfare officers in the fleet to determine how well they handled ships, but the results were distressing. Almost 85 percent of the junior officers evaluated struggled to extricate the ship from danger in an extreme situation, and struggled to practically apply the rules of navigation on the open ocean, even though they knew the rules.

The accidents spurred the Navy to invest in more training for its junior officers before they check in on their first ship, and to invest in shore-based watch team trainers so ships can put their watch teams through challenging navigation situations. The Navy has also required officers at multiple levels of their career to take go/no-go assessments in a bridge navigation simulator to determine if they have the skills to proceed back to sea.

Prospective commanding officers now, for example, must pass a simulator evaluation on ship handling before being allowed to take command of a ship.

“We came up with an aggressive agenda post-collisions,” Kitchener said. “There’s a deep education piece, and then there’s the piece that’s up to me and that’s: Are we executing? What’s the knowledge base on the ships? What’s the status of those programs?”

Kitchener said he’s getting positive feedback from the fleet on the increased rigor put into training surface warfare officers to handle ships. Beyond that, he said the two enlisted ratings most concerned with safe navigation — operations specialists, who monitor radars from the ship’s combat information center, and quartermasters, who generally ensure safe navigation from the bridge — have both increased the rigor of their navigation training, and that it is paying dividends in the fleet.

In the wake of the Fitzgerald and McCain accidents, it emerged that Naval Surface Forces had been signing off on waivers for ship certifications in the Japan-based 7th Fleet as a means of allowing the ships to perform operational tasking, even if they required further training or regular evaluations to ensure they were sharp on critical skills such as damage control or navigation.

But it also emerged that Naval Surface Forces and 7th Fleet felt somewhat powerless to say no to operational tasking from US Pacific Command, even if that tasking meant taking irresponsible risks with training and readiness.

That has changed since the accidents, Kitchener said. Today, he is empowered to raise the red flag if a ship has a training or maintenance need that would limit a ship’s availability for operational tasking.

“It is clear to me as the surface type commander that I own the training and maintenance entitlement for surface ships,” Kitchener said. “That’s on me. And I need to be the one who holds the line on that.

“And when I get a question of, ‘Hey can we accelerate this or can we do that,’ my answer is, ‘Here’s the entitlement, here’s what I have to do,’ ” he added.

“Sometimes there is some negotiation, but what’s not negotiable is that entitlement has to be fulfilled. And my experience, so far, is that has pretty much worked. Does that create a little bit of tension between me and the numbered fleet commanders, the operational commanders? Yes. But I think it’s supposed to. I think that’s healthy. I think it forces us to come up with an informed decision. And I think that’s one of the best things we did.”

As for crew fatigue, Kitchener said he’s seeing progress in the fleet in getting sailors on more natural sleep and watch cycles, and that most ships are adopting a form of what’s known as circadian rhythm-based watches.

Another key component to addressing the issues that led to the collisions is teaching commanders how to gauge risks the ship is taking as it moves, Kitchener said.

Driving the Polestar 2, the first electric car with a brain by Google

Fri Sep 4 , 2020
When the invitation came to drive the Polestar 2, the new luxury electric vehicle from Volvo, I jumped at the chance. The drive would be about 120 miles roundtrip from the company’s new pop-up spot in Midtown Manhattan to Storm King, a vast sculpture garden about an hour north of […] 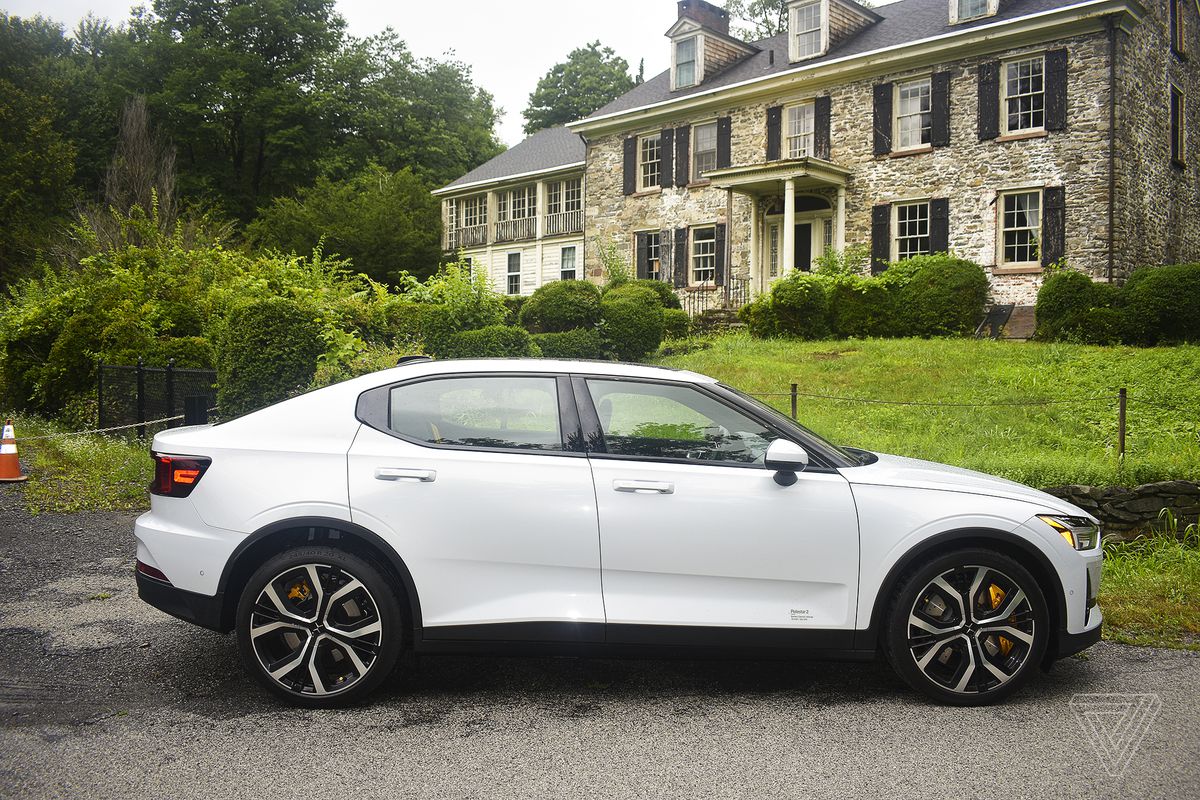