Two Metro elected leaders exchanged verbal jabs with two of the state’s most prominent political strategists last week in a high-stakes virtual debate over the regional government’s $7 billion transportation package, which heads to voters for approval this November.

Metro Council President Lynn Peterson and Juan Carlos Gonzalez squared off against political strategists Kevin Looper and Dan Lavey Aug. 12 in a debate before an influential Washington County business group. The two sides advocated their positions and took questions from the Westside Economic Alliance for nearly an hour.

Metro voted last month to refer a $7 billion transportation package to voters, using a payroll tax on employers as the sole revenue mechanism. That decision prompted business lobbying groups – that Looper and Lavey now represent — to revolt and oppose the measure, citing the ongoing coronavirus pandemic and what will likely be a lengthy economic recovery.

The debate came less than three months before the election and showcased how the state’s second largest county – one that fashions itself as the state’s economic engine – is critical to the measure’s success. Clackamas County is unlikely to support the transportation package and left-leaning voters in Multnomah County are critical to its passage.

But Washington County is likely to play a pivotal role in the measure’s success or failure. The region’s latest proposed light rail extension – an 11-mile route ending at Bridgeport Village – runs through the county. The county is also home to Nike and Intel, two of the state’s largest employers who stand to pay a significant share of the tax and are lobbying to fight it.

Peterson pitched the transportation package as a job generating machine that will also bring in “billions in federal stimulus” that would otherwise go to other metro areas nationwide.

“The political consultants on the other side want you to believe that there is a better time sometime in the future to have this conversation,” Peterson said in her opening remarks, “If we don’t come together now, this region will fall further behind other regions.”

Looper, a prominent political strategist who recently led Metro’s homeless services initiative and fought for the regional government’s affordable housing measure in 2018, countered that Peterson and Metro are ignoring the fact that everything in the world has changed since the coronavirus pandemic paralyzed the region.

Looper is part of the group leading the opposition campaign, which formally launched Tuesday with the name “Stop The Metro Wage Tax.” He called the transportation package “unwinnable,” and said by moving forward without business organization support now will set the region and its transportation goals back a decade.

He added that Metro’s decision to rebuke the Portland Business Alliance and other business groups jeopardizes future deal-making.

“To get dismissed and rolled now by Metro will render business [groups] irrelevant to every tax discussion that will surely come in the near future as we emerge from this pandemic,” Looper predicted.

Voters will be asked to approve the payroll tax which Metro says would help fund the roughly $4 billion project list and another $1 billion for programs to subsidize transit passes for all high school students across the metro area and to help accelerate TriMet’s transition from diesel buses.

Metro leaders project they can leverage $2.4 billion in federal support, the bulk of which would go toward the light rail line.

Local governments, which would be exempt from the tax, are expected to help pay for the light rail project. Washington County is projected to owe about $75 million for the light rail, which runs on a meandering route largely down Barbur Boulevard before ending at the suburban mall. The county already earmarked $25 million in its current fiscal year budget, pending the overall project’s approval.

The payroll tax is projected to raise roughly $250 million per year to pay off bonds to fund the projects over a 15-year period starting in 2021. The payroll tax itself would not be collected until 2022.

The Oregonian/OregonLive was provided video of the debate by the campaign supporting the transportation package. Pam Treece, the executive director of the Westside Economic Alliance said the group’s meetings are typically open to the media but are not recorded. The group started recording meetings during the pandemic, but Treece said participants were not directly notified of that during the Zoom meeting.

Treece is also an elected member of the Washington County Board of Commissioners and served as co-chair of the 30-plus-member Metro task force that helped shape the transportation projects during the past year and a half. Treece appeared in the meeting in her role as the economic group’s executive director and did not ask questions or comment on the proceedings.

The opening salvos from the measure’s proponents and detractors only led to more pointed remarks throughout the debate.

Peterson and the consultants took turns accusing the other of walking away from negotiations.

“They walked away,” Peterson said during the discussion.

Lavey, a political consultant who leads Gallatin PR and is teaming up with Looper for only the second time on a campaign, said the united opposition from business leaders “speaks volumes.”

Juan Carlos Gonzalez, the first-term Metro councilor representing Hillsboro, Forest Grove and Cornelius pushed back on Looper and Lavey’s assertions that transportation packages historically are created with buy-in from all parties.

“I can tell you that transportation investments have never been made with communities of color at the table,” he said in response to a question from one Washington County official who asked if marginalized communities in Aloha and Cornelius would fall further behind without investments on TV Highway.

Looper fired back that Metro proponents were making a “divisive” argument.

“We’re not granting the premise that this is communities of color versus business communities,” he added.

The opponents pointed out they supported the payroll tax before the pandemic, but the world has changed. “It’s not the what,” Looper said, “it’s the when.”

“Have you noticed our world is falling apart right now?”

Peterson and Gonzalez noted that the vast majority of businesses won’t pay the tax, citing the exemption for employers with 25 or fewer employees.

“I’m worried that the political consultants on this call representing the opposition want to paint this image of being marginalized and stripped away of their ability to engage in the contestation. That’s just not true,” Gonzalez said.

Looper reiterated his request that Metro revise its projects lists and focus on equity projects. Gonzalez noted that the projects were all created with the focus on communities of color, noting 69{d758473eadf0b692d331aa823300cffd0ef21fd1fd535177f3429dd328b70b5d} of the region’s people of color live along the 17 corridors included in the $4 billion project list.

When asked whether the light rail extension would be classified as an equity project, the Stop The Metro Wage Tax spokesman Jeff Reading said the business community would leave that up to the regional government to determine after reaching out to affected communities to create a project list. But he’s not aware of any group that views the light rail extension “as a project that builds equity for historically disadvantaged communities of color,” Reading said in an email.

“On the contrary,” he wrote, “it’s going to forcibly destroy a neighborhood to get white people to a mall.”

Gonzalez countered in a statement that the campaign’s opponents were trying to “erase” the work of people of color in shaping the light rail line, saying it was “intentionally planned with affordable housing advocates and communities of color to ensure this project is improving the lives of all community members including the students traveling to Portland Community College, the thousands of workers commuting from our Tigard-Tualatin communities, and the black and brown people who live along the corridor.”

According to the most recent figures provided by TriMet, an estimated 106 residences and 114 businesses may be displaced by the $2.9 billion project. Those figures will be finalized later this year, and TriMet noted displaced people and businesses will be compensated.

The Westside Economic Alliance’s board is expected to decide in early September whether it will support the Metro package.

Subscribe to Oregonian/OregonLive newsletters and podcasts for the latest news and top stories. 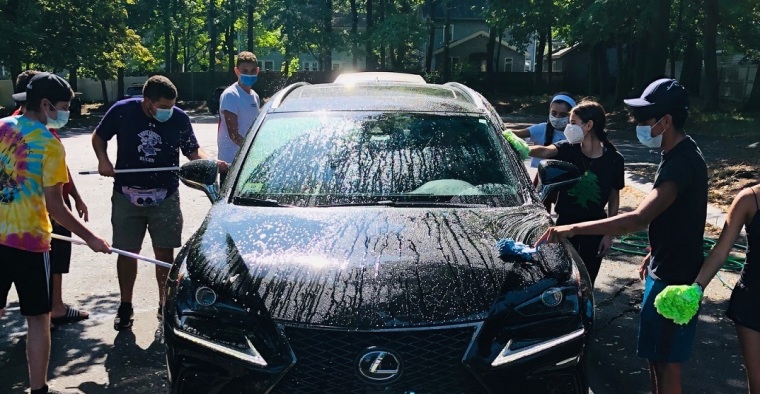