Fernando Alonso was left to rue oversteer issues and a clutch failure after his latest failure to complete the ‘Triple Crown’ at the Indianapolis 500.

Alonso completed the famous race for the first time in three attempts on Sunday, but could only finish back in 21st.

The Spaniard got up to 15th midway through the marathon race, but was a lap down on winner Takuma Sato when he took the chequered flag.

Alonso, driving for Arrow McLaren SP, will return to Formula One next season without achieving his goal of winning the Monaco Grand Prix, the Le Mans 24 Hours and Indy 500.

Yet the 39-year-old felt there was nothing more he could have done due to issues with his car.

“We were struggling from the very beginning with the balance of the car with a lot of oversteer,” said the two-time F1 world champion.

“We kept changing that balance in the pitstops, reducing the front flap, doing tyre adjustments, and then we started to be happy with the car. We were up to P15 around lap 110, which is where we wanted to be…

“Then we had a clutch problem on the car that we didn’t know how to solve. We finished the race without the clutch, so from that point on, every pitstop we had to push the car, engage the gear and go.

“That cost us a lap and unfortunately, we kept that lap down until the end and we could not achieve anything more.

“I’m happy to finish the race, cross the line and have one 500 miles in the pocket, that’s the positive thing. The negative is that we were out of contention very quickly with the clutch problem.

“We tried to race, but luck was not with us today, but I’m proud of the effort from everyone in the team.”

Tue Aug 25 , 2020
TORONTO — When a Toronto woman decided to buy a new bicycle in the midst of the COVID-19 pandemic she had no idea how hard it would be to find one. “I haven’t had a bike in a long time and I decided around a month ago to start looking […] 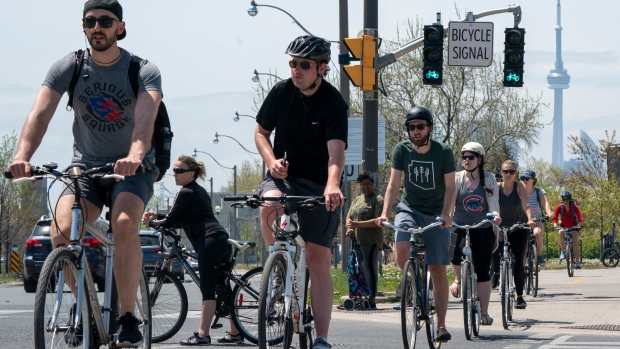