Jaguar Land Rover’s Advanced Product Creation Centre, which opened in Gaydon, UK, last year, will play a pivotal role in the group’s product development activities. The £500 million (about Rs 4,374 crore) facility, positioned as the epicentre of product development, brings together the entire chain of design, engineering and product purchasing functions under a single roof.

A stronger collaboration among different verticals is not only being touted as the key for current and next-gen JLR vehicles, but also as the means for creating future technologies, including autonomous, electric, connected and shared mobility.

Synergies between engineering and design

Nick Rogers, executive director, product engineering, Jaguar Land Rover and Gerry McGovern, chief creative officer, Land Rover, opined that vehicle development was a collaborative enterprise between the designers and engineers. “I think a part of the consideration is knowing how much you should push engineering – what is doable and what isn’t, when to stop and when it is within costs and legislation,” said design boss McGovern.

Mutual compatibility is paramount to deliver a balance between design and engineering in the final product, something that the executives feel shows through in the latest crop of JLR vehicles. “You can see from the new Evoque that we’ve just launched, or the new Defender, that we work very closely together,” mentioned Rogers.

The prerequisites of any good vehicle design are optimum volumes and proportions, which are perceptible in elements like the wheel-body relationship, front and rear overhangs, position of the A-pillar relative to the wheel and so on. “And that’s where the most interaction between the designers and engineers takes place, because Nick and his team need to engineer the architecture to give us that proportion. They have to be incredibly innovative about dealing with the legislation in a way that meets the laws, but can still give us the things we need to have that optimum proportion,” elaborated McGovern.

For instance, creating cars with massive wheels is a trait popular with designers since it shrinks the visual mass of the vehicle. Consequently, the company bosses revealed that the next-generation Range Rover “will probably have a 23-inch” wheel size. Larger wheels need to be taken into engineering considerations, and if done correctly, can even bolster the vehicle’s abilities in rough terrain, owing to a larger contact patch. This is reflected in the new Defender that wears massive 850mm diameter wheels.

Another example of the confluence of design and engineering in the latest Land Rover Defender is the company’s decision to have an upright tailgate and rear-mounted spare wheel, in an effort to cut down on the rear overhang and boost the SUV’s off-road prowess.

(L-R) JLR’s Nick Rogers and Gerry McGovern; it’s important to know “how much you should push engineering,” says McGovern.

The novel coronavirus pandemic has had a knock-on effect on all facets of life, and industry experts believe that car design is no different. Rogers explained, “We firmly believe that post-COVID, the world is going to be different. People are going to care more about personal transport. So there is a lot of work that we are doing on what the next-generation vehicles will look like.”

With the amount of time spent in vehicles set to increase, focus will primarily be on improving cabin space and delivering designs and functions that are more intuitive.

JLR reported sales of about 5,08,000 units in FY2020, which is about a fourth of its German rivals. A limited scale means that the British automaker has to leverage its product exclusivity to optimise revenues and cover investment costs.

“We don’t have the scale of some of our competitors. That is exactly why we need to make sure that we are highly differentiated from them. We have to create compelling, emotionally engaging vehicles that truly resonate with people,” commented McGovern.

Rogers even mentioned that the limited scale can be turned around as a positive since it gives them the opportunity to be agile, something which allowed the company to make the Jaguar I-Pace, one of the first luxury electric SUVs, and reimagine the iconic Defender.

With in-car connectivity becoming one of the major disruptors for the automotive industry, JLR is in the process of rolling out its own solutions, which have been developed with the support of Tata Group companies such as TCS.

“This year, every single car that we launch will be always on, always up to date and have connected tech. Every single car will have a diagnostics engine. So we can monitor the health of the car continuously and send software updates out,” said Rogers. He added, “The fact that every JLR car that we now make, as we launch the new ones – all 21 models we see this year, none of them will have to go back to the dealership for a software update or for diagnostics, we will do all of that through the back-end. That is a real transformation.”

Join this virtual London cycling race even if you're in PH

Sat Aug 22 , 2020
PRU Life UK invites everyone to take part in the inaugural virtual version of Prudential RideLondon this weekend to help them keep fit and healthy. The event will take place on August 15 to 23, Saturday to next Sunday, London time (Manila is seven hours ahead) when the annual cycling […] 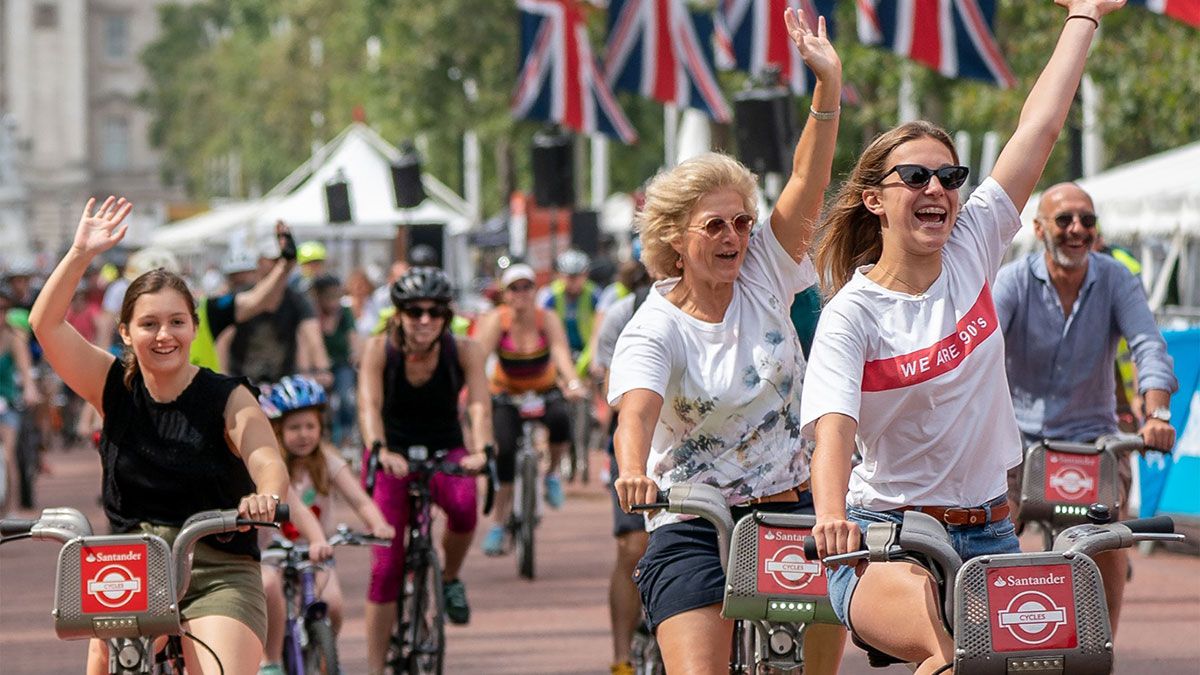