Memorial Day weekend in Durango is synonymous with the Iron Horse Bicycle Classic. It’s the symbolic start of summer tourism season, as thousands of cyclists line up in a 47-mile road race from Durango to Silverton to try to beat a locomotive from the Durango & Silverton Narrow Gauge Railroad.

It’s been that way for 48 years, but not this year.

As the new coronavirus pandemic has continued to bring the world to a halt in all walks of life, the famed cycling event wasn’t spared. In uncertain times with no clear picture of when the COVID-19 outbreak will slow down or be controlled, the IHBC was forced to announce a postponement Thursday in an email to all registered riders.

“We just want everyone to understand this is based on obvious safety concerns. We don’t want to be part of the problem,” said IHBC Race Director Gaige Sippy. “We hope what we do is get through this and be part of the solution for our community. At some later date, if things look good and we can do an event, hopefully we will get people out on bikes and get a boost to our local economy and reset the clock a little bit to something that resembles normal.”

(1/2) Based on guidance and input from local and state authorities, sponsors, and supporters, as well as the escalating nature and undetermined timeline for response and resolution of the pandemic, we are postponing the 2020 Iron Horse Bicycle Classic. https://t.co/CUS59E498O

No new date has been selected for the 2020 race, which is to be the 49th edition of an event that mixes road cycling, gravel riding and mountain biking for professionals and ordinary citizens alike.

Originally slated for May 22-24 this year, the IHBC has been held on Memorial Day weekend every year since 1972 with only one road race cancellation in history in 2008 because of weather. Twice, in 1997 and 2014, the road race was shortened to finish at Purgatory Resort instead of downtown Silverton, and both times that was because of snow. Even in those years, the IHBC held mountain bike races through Steamworks Brewing Co., time trial events or downtown circuit races.

“Never in our planning was a pandemic on the radar screen. We are doing something we never thought we would have to do for this reason,” Sippy said. “It’s been hard for us to make this decision. It’s been 48 years that we have had something Memorial Day weekend with regards to the Iron Horse. It’s a big deal on a lot of levels. There’s an emotional piece, and then there is looking at a practical application of how to move an event of our size to a completely different date on the calendar unexpectedly and then have all the great organizations who support us make the transition with us. Luckily, we have received great support and feedback from our partners.”

Many of the cyclists in the event each year are local or in close driving range within the Four Corners states. Still, the IHBC gets riders each year from an average of 44 states and five countries as it has continued to grow in popularity. Making an announcement to postpone early was critical for those with travel plans, and Sippy hopes to make an announcement on a new date as early as possible. The aim is to be respectful of other events already scheduled.

Sippy said the most likely new date for the IHBC would come in September. Organizers are eager to get a 49th edition in the books in 2020, as much planning has already gone into a big 50th anniversary celebration for 2021.

With the leaves starting to change in the southern San Juan Mountains, a September date could be a beautiful ride for the thousands who pedal up and over Coal Bank and Molas passes along U.S. Highway 550 on the road to Silverton.

Riders on the Citizens Race of the Iron Horse Bicycle Classic race the Durango & Silverton Narrow Gauge Railroad train through the Animas Valley during the 2016 IHBC road race.

Riders on the Citizens Race of the Iron Horse Bicycle Classic race the Durango & Silverton Narrow Gauge Railroad train through the Animas Valley during the 2016 IHBC road race.

“It will be way easier to train for it if you are focused on that event,” Overend said. “The weather up there will be way better than when trying to get up in the passes in April. Early May, it can be beautiful in town but it can be snowing and raining in the passes. The nice thing about training to get up the passes in April and early May is there is less traffic on the roads and you are not dealing with cars. If you’re training in summer with all the tourism traffic on the roads, I would actually be doing less riding on the passes and probably be doing Missionary Ridge Road and things like that. Long climbs on dirt roads to avoid all those cars.”

Overend acknowledged the cycling calendar is starting to become quite full in the fall with many of the sport’s largest events postponing in hopes of avoiding a 2020 cancellation. For some of the top pros, that will make race selection more difficult.

Sippy said he didn’t want to downplay how the virus has had an impact on every local business, and he knows the IHBC plays a big role in helping fill hotels, restaurants and shops in both Durango and Silverton. A September date after the summer tourism season could help local businesses during a traditional shoulder season.

Between the 2015 Gold King Mine spill in the Animas River, the dry winter of 2017-18 that hurt ski tourism, the 416 Fire of 2018 and now the coronavirus, Durango has taken its fair share of blows.

“This town is a strong town,” said three-time mountain bike Olympian Todd Wells, who is now assistant race director of the IHBC. “We have an amazing community that pulls together. Though it sucks we are all having to go through this stuff, it helps make us stronger in the long run. Of course, we’d all rather have it be rosy and perfect all the time. But we will come out this for the better.”

This year’s IHBC was to be the first without race co-founder Ed Zink, who died unexpectedly in October.

Asked what Zink would have done or said regarding the current situation, his wife did not hesitate.

“This is a prudent decision for the community,” Patti Zink said. “Ed was always very open to changing things over 48 years. The event has started in different places, ended at different places in Silverton. We’ve had different events. Ed added mountain biking when that became big. We’ve had a time trial, then we didn’t have a time trial. Ed was always really good about being innovative and watching trends and willing to change. He would be at total peace with the fact that, yes, this is an unfortunate situation, but in the whole scheme of things, we have to look at the greater good.”

The move falls in line with many other cycling events across the country. On March 18, USA Cycling announced it had pulled permits for all of its sanctioned events through at least May 3. It was estimated that more than 700 cycling events would be affected. The entire spring season for Fort Lewis College cycling, including the USA Cycling Collegiate Road National Championships scheduled for May 8-10 in Georgia, already was canceled.

Though the IHBC is not a USA Cycling sanctioned event, Sippy believes it was important for the IHBC to follow directives of the nation’s governing body for bicycle racing. He was on a conference call Tuesday with race directors from 14 other events across the western United States and said each is eager to learn from each other. After 48 years, Sippy feels strongly the IHBC can survive this but knows many others will not.

“This is the kind of thing that can put a special event out of business for good,” Sippy said. “We only have one time of year to take in our revenue. Our doors are not open every day like other businesses. A lot of events will be put at risk for the long term. Everyone wants to look at each other and follow what others are doing so we are all still in business a year from now. Cycling is a special industry and a big outlet for folks. Some events might not make it through this. We are trying to be diligent and methodical in our decision making around it to make sure we do.” 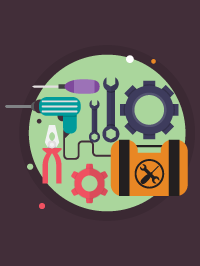