Alex Levi, a principal architect in the Port Authority’s Engineering Department, had been an avid bicyclist, cycling 30 minutes down the West Side Hudson River Greenway to his office at 4 World Trade Center twice a day, every day — rain, snow, or shine.

On the other side of the river, Michelle Mayer, a supervising business analyst in the Operations Services Department, was committed to her daily routine of biking 12 minutes downhill from her Jersey City neighborhood to her office at the Port Authority Technical Center (PATC) before taking the 18-minute uphill trip back home after work.

When both states mandated nonessential employees to work from home, Levi and Mayer missed their daily rides — times when they could just clear their heads and concentrate only on the open roads ahead of them.

As offices reopen in new phases of New York’s and New Jersey’s recoveries, cycling has become one of the few ways to get to and from work safely while also socially distancing during the pandemic. Bike sales are soaring as more people in urban areas seek alternatives to public transit without car ownership.

The Port Authority is uniquely prepared for a bike-friendly workforce, from recently updating its bicycle policy to steadily increasing bike access and improving amenities at its facilities to providing incentives for its own employees.

In the pre-COVID days of 2019, the Port Authority held several events for employees and the public that promoted cycling safety and encouraged bicycle use. For example, the agency partnered with NYC DOT, Jersey Bike and Citi Bike to offer free bike helmet fittings and discounted memberships for employees.

Last summer, the Port Authority welcomed its first secure bike storage facility from local company Oonee at the Journal Square Transportation Hub in Jersey City for use by both the riding public and employees (pictured below).

Most notably, the agency recently opened two new shared-use paths. The Goethals and Bayonne Bridges, two of the three Port Authority bridges that connect Staten Island and New Jersey, see hundreds of daily bicyclists. The George Washington Bridge, of course, also has a popular bike path that serves hundreds of thousands of cyclists every year crossing the Hudson.

The Port Authority Board of Commissioners adopted the agency’s first bicycle policy in 2010. Since then, a group of 50 employees known as the Bicycle Working Group, in close partnership with facility operations teams and agency leadership, have been carrying out the ambitious goals in the Bicycle Master Plan.

The plan, last updated in 2017 to reflect an upward trend in cycling across the region, is set for another refresh in 2021, thanks to the upward trend in cycling that the agency noticed in 2017 and is even more pronounced today. With the Bicycle Master Plan, the Port Authority continues to be well-positioned to support biking as a sustainable and healthy mode of transportation throughout and after the COVID-19 pandemic.

When Matt Walker, a principal engineer, starts commuting again, he won’t miss a beat picking up his old routine riding from Penn Station to 4 World Trade. As a Long Island resident, he can’t make his whole commute by bicycle because he takes the Long Island Rail Road train to Midtown Manhattan. But “nothing beats getting out into the open air after a long train ride,” he said.

Senior economic analyst Cristina Ruiz, who lives in New York City, plans to bike almost everywhere now that emergency orders are lifted. “Once we open up, I plan to use bicycling as a primary mode for transportation for as many things as possible, from commuting to groceries and leisure,” she said.

Last year, Port Authority employees biked more than 11,000 miles on CitiBikes, reducing over 9,000 pounds of carbon emissions. With today’s health and safety concerns, biking may offer commuters a bit of relief. Not to mention, it’s good for the environment and people’s health.

Kirsten Jones, co-chair of the Bicycle Working Group and a customer service supervisor at the Port Authority Bus Terminal, is a big believer in the benefits of biking. “When more people ride bicycles, it creates a more livable place for everyone. There is less congestion, cleaner air, safer streets, fewer sick days, longer life expectancy, a better economy and less wear and tear on the roads,” she said.

A version of this article first appeared on the Port Authority of New York & New Jersey blog.

Tue Jul 28 , 2020
Whether or not the vehicle covers 50 or 500 miles a day and makes 50 or 500 stops, it must deal with the stress of constant use. Land transport covers all land-based mostly transportation techniques that provide for the motion of individuals, goods and providers. Mass transit, additionally referred to […] 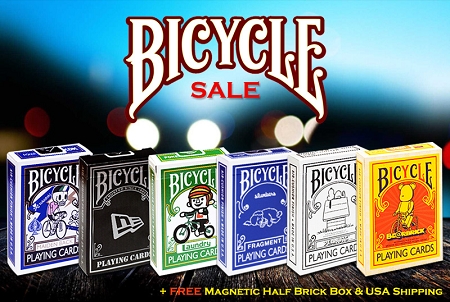