The changes brought by the pandemic are reinforcing all of the reasons people fell in love with cars in the first place and distancing us from some of the car-sharing ideas that were prevalent as recently as last year. They have brought us full circle to the car as a refuge and a way to get away, like the young people in post-war America once believed, with the added twist of providing a safety bubble.

The hint of this latest transformation may hide in the data on traffic. While vehicle use plummeted at the start of the Covid-19 crisis, according to the EPA, it has been on the rise lately despite the fact that many shelter-at-home orders are still in place.

Intriguingly, the actual data collected from vehicles shows that cars are going faster than usual, overall, though accelerating less aggressively, which can reflect less busy streets but also different types of trips altogether. Combined with the fact that weekend trips in April were shorter than normal, there well may have been more of them.

People are spending time in their cars by choice, not just because of necessity. There are at least three post-pandemic phenomena that reveal why I believe this change will be lasting:

First, we have become more aware of our personal health, and our vehicles offer us controlled environments versus the crowded and potentially risky spaces normally associated with public mass transit. Already, the morning rush-hour traffic in some of China’s biggest cities is higher than pre-pandemic averages, and sales of automobiles in China have increased two months in a row. According to CNBC.com, “Apple Maps data show a nationwide surge in direction requests for people driving in cars over the last several months, while direction requests via mass transit have remained consistently low since plummeting at the start of the outbreak.”

Also, according to the Detroit Free Press (via Autoweek), over half of respondents in the U.S. are “less likely” to use public transportation, and a Capgemini survey noted that of the roughly third of them who’re planning to buy a car this year, three-fourths cited “because ownership gives them greater control of hygiene.”

Second, spending time in your car is good for your mental health. While many of us have long enjoyed the experience of driving for the sake of it, this study reveals that about half of drivers miss their commutes, during which they spent time listening to music or podcasts and audiobooks or focusing on the road. A large percentage of respondents reported that during the lockdown they “just got in their cars and drove around.”

Other research shows that time spent commuting provides people with “boundary management strategies” to adjust from home and work roles and provides additional anecdotal evidence that commuters miss their time on the road, which averaged 38 minutes each way before the world economy shut down.

This brings to mind the concept of an additional space that people can call their own — not just a tool to get them from home to work (or to any other destination) but rather a place unto itself.

Third, spending time in your car will play a greater role in our efforts to build more effective and sustainable transportation infrastructures.

The conversations we had about transportation before the pandemic are already dated, as they presumed such certainties as continued physical commuting to and from work, continued growth of cities as places to work and live, and that people always had the option to choose alternatives to cars or trucks for their movement needs.

All of those “certainties” have changed. Tech companies, including Google and Twitter, have told employees they can work from home until at least 2021, and certain workers may never return to physical offices (Facebook believes at least half of its staff will permanently work remotely within the decade). The trend toward increased urbanization will likely slow at least in the short term, and anecdotal evidence in Canada suggests entrepreneurs and artists — the traditional pioneers of urban life — are moving to the countryside (job advertisements in rural parts of the UK have gone up even during the pandemic).

These social trends concerning where and how we live and move about raise a slew of fascinating questions that we weren’t asking ourselves this time a year ago, such as: Is public transit the answer? It isn’t for the 1 million households in rural America that need transportation help because they currently don’t have access to a vehicle (and it may not be as beneficial to the environment as we’d once hoped). Is running every vehicle on electricity the answer? Not necessarily, as the rosiest projections rely on massive changes in how that power is generated (here’s more data on the trade-offs). What if we just give up owning cars and rely on gig driving services? Again, that won’t be available to everyone and may not necessarily be any better for the planet.

The answers to such questions are going to be more complex and nuanced, taking into account multimodal transportation offerings in locations that can support them and fuel solutions — in addition to electricity — that enable us to operate vehicles efficiently when and where other modes of transport aren’t available (or simply don’t make sense).

Solutions that include digital/virtual connectivity (travel in the form of data, not physically) will also factor into those answers, more so than we ever imagined. We will start looking at the movement of people, goods and data as a holistic system.

In that context, the idea of transportation as a place and not just a service “between places” will gain more resonance with people in contrast with the other modes of movement available to them.

With all of this in mind, now more than halfway through 2020, I believe that our relationship with cars has been truly restored.

Forbes Technology Council is an invitation-only community for world-class CIOs, CTOs and technology executives. Do I qualify?

Welcome to R&T, The New Evolution of the World’s Most Legendary Magazine for Car Enthusiasts.

Sat Aug 8 , 2020
From Road & Track Photo credit: IMS Photo More This picture captures a terrifying moment in the best day of Danny Sullivan’s racing career. A former New York City cabbie, Sullivan was leading the 1985 Indianapolis 500 when he lost control at 240 mph. What does it feel like when […] 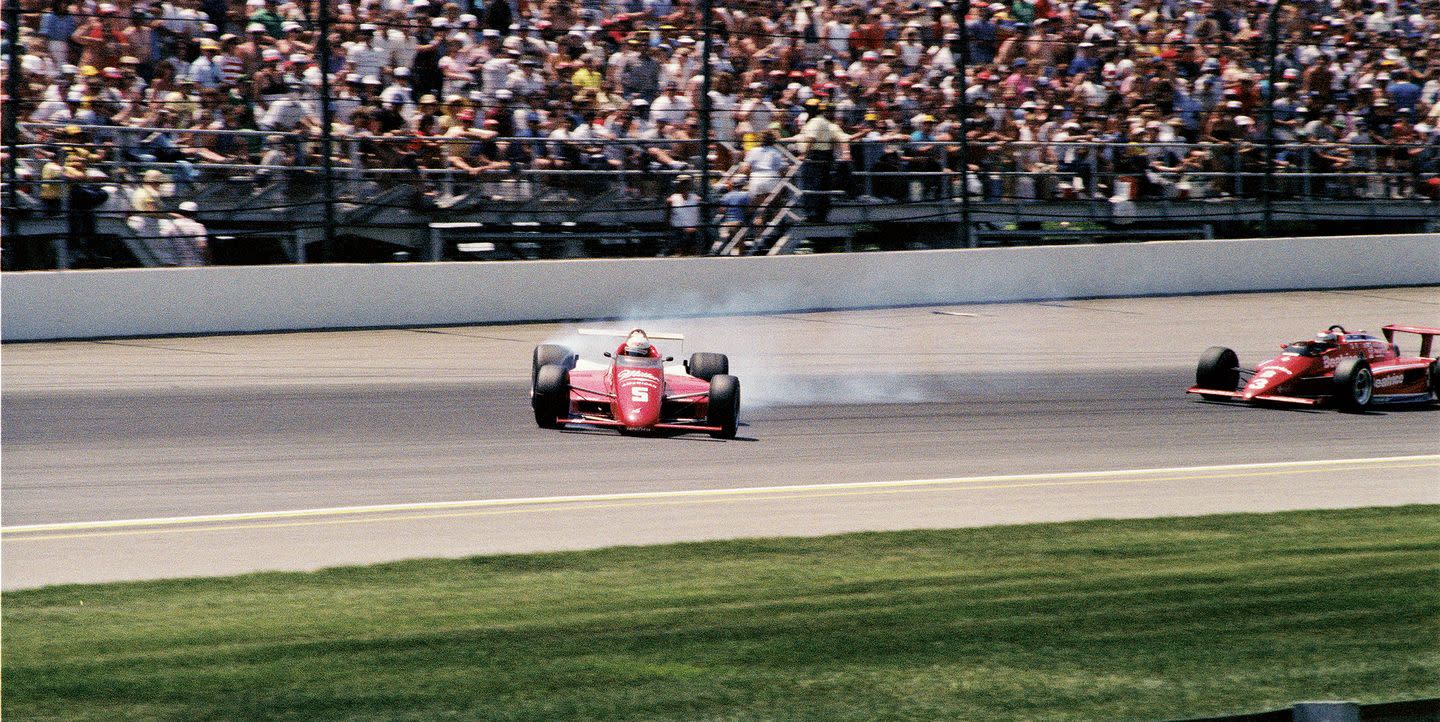