The many industries that make up the world of freight have undergone tremendous change over the past several decades. Each Friday, FreightWaves explores the archives of American Shipper’s nearly 70-year-old collection of shipping and maritime publications to showcase interesting freight stories of long ago.

The following is an excerpt from the August 1963 edition of the Florida Journal of Commerce.

Airplanes are returning — temporarily, at least — to their former role of transporting America’s huge missile components to Cape Canaveral for launching.

NASA has signed a contract with Aerc Spacelines, Inc., of Van Nuys, California for the use of a B-337 (PG) aircraft with a specially enlarged body section to transport Saturn rocket stages from Santa Monica California to Canaveral. The 12-hour plane flight will replace the 3-week ocean trip via the Panama Canal.

The plane is a Boeing Stratocruiser outfitted just for the job of transporting the Saturn S-IV stage, which is 18 feet in diameter and 40 feet in length. The fuselage parts into two sections to accommodate the big booster.

In addition to the Santa Monica-Canaveral service, the same plane will be used to transport other missile components around the country by air.

Shippers are only slightly alarmed for the moment. Even though the B-37′ (only one of its kind) can handle this assignment, the rocket stages continue to grow in size and will require movement by water in most instances. 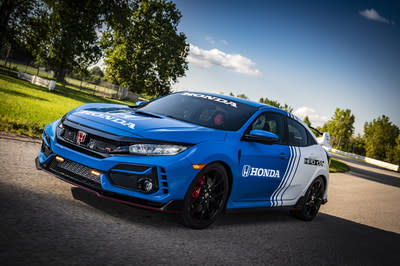