With each passing day, reports on rising total confirmed cases of COVID-19 continue to dominate the global conscience, and the novel coronavirus is now present on every continent except for Antarctica. And the resulting fear is more pervasive. Thousands of people have perished as the effects of COVID-19 touch us all: stock markets have cratered, millions have become unemployed (temporarily or soon-to-be permanently), the federal government has passed a multi-trillion-dollar aid package, and health care institutions are being stretched thin. To “flatten the curve,” millions of people around the globe are quarantined in their homes or elsewhere, while infrastructure and transportation systems that bonded us globally, nationally, and locally are being used more sparingly, at least currently. Long-term, what could be the lasting effects on transportation and infrastructure in our post-COVID-19 world?

Public Transportation: Even though we are still in the first few weeks of what may be a prolonged quarantine throughout the United States, we have already seen a travel advisory issued for the New York City area, where transit ridership ranks among the highest in the country. So what does the future of transportation look like through a mandatorily-quarantined window? It’s murky, both because the windows need “cleaning” and the future of everything is covered with a COVID-19 glaze at the moment. One helpful data point is that during prior SARS outbreaks in Taiwan, there was a material drop in ridership of public transportation. If a return to work and schools occurs before a vaccine is created, people may not feel comfortable riding public transportation. With transit ridership dropping in Los Angeles in particular, could transit agencies be affected permanently?

Traffic: Assuming we remain quarantined in some form until successful treatments for COVID-19 are administered worldwide, Americans and others globally will be working from home for many months (if not for over a year). As some businesses may decide to permanently have their employees work from home to save on real estate costs, the number of commuters on the roads may drastically drop. So, could that lead to more commuters taking advantage of less congested roads, perhaps even those who traditionally rode public transportation?

Micromobility: As urban centers worldwide have emptied, micromobility companies have felt the severe pain. Bird has already laid off 30{d758473eadf0b692d331aa823300cffd0ef21fd1fd535177f3429dd328b70b5d} of its workforce. Lime has cut its valuation by over 600{d758473eadf0b692d331aa823300cffd0ef21fd1fd535177f3429dd328b70b5d} in its latest funding round. Without pedestrians, commuters, and tourists traversing through our city streets, there are no users of the scooters and ebikes. In the post COVID-19 world, will city streets be littered with ghostly, unusable micro-vehicles?

Global Infrastructure Development: In the book Going Viral: Zombies, Viruses, and the End of the World, Dahlia Schweitzer notes that progress has made us sick: the proliferation of roads, airports, and other critical infrastructure has made us more globally connected and susceptible to being affected by events happening on the other side of the world. Put another way, our advancements in infrastructure not only provide us with the means we need to travel and deliver goods throughout the world, it also exposes us to diseases like COVID-19 that originate elsewhere. Critical infrastructure in developing countries is often financed, constructed, operated, and maintained using public-private partnerships (P3s). In the post-COVID-19 world, will private companies think twice about participating in P3s if future outbreaks could cause disruption to the development and operation of such P3s due to fears of developing abroad?

There is no crystal ball that could have predicted what the world would look like today. There is also no crystal ball that can predict what our world will look like in the next six,  twelve, or eighteen months. One thing for sure is that COVID-19 has and will forever change our world, and it will likely forever change the future of infrastructure, transportation, and commuting. All that can be hoped for is that some changes will be for the better.

Sun Apr 5 , 2020
Avis, Budget and Payless are waiving the underage driver fees for guests 21-24 years old, now thru April 30th. We hope this helps as many travelers as possible. Want to learn how to save money on your rental car with our coupons? Making it easy to rent a car. View […] 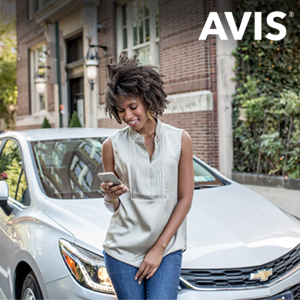