Disney World: What you may not know

Did you know that Disney World has only closed four times or that the iconic theme park is actually not located in the City of Orlando? Take a look at some fun facts that you may not have known about the renowned Disney resort.

A Walt Disney World visitor recently took a wrong turn and wound up driving down the stairs of the Wilderness Lodge at the Orlando, Fla., theme park.

Disney fans took to Twitter on Thursday to spread the word after the white sedan drove down steps of the porte-cochère near the front lobby of the resort hotel, Fox 35 reports.

“So apparently someone thought stairs were for cars at Wilderness Lodge,” one commenter speculated.

Disney did not immediately respond to a request for comment from Fox News, but fan site WDW News Today reported no one was believed to be injured in the accident.

According to the outlet, the vehicle was towed away later in the day, and Disney’s Magical Express transport service resumed at the site.

A Walt Disney World visitor recently took a wrong turn and wound up driving down the stairs of the Wilderness Lodge, pictured.
(Google Maps)

The blog reports that the steps are often used as a passageway for guests traveling between the parking lot and the main lobby.

The rustic Wilderness Lodge is located near Disney World’s Magic Kingdom. The hotel is also among Disney’s many properties to bolster health and safety protocols upon reopening amid the ongoing coronavirus pandemic.

Bikes for Vets working to provide lifeline, of sorts, to many.

Sat Aug 22 , 2020
INDIANAPOLIS — At first glance, you might think you’re just looking at a collection of used bicycles. For the veterans who eventually receive them through the “Bikes for Vets” program at Saint Vincent de Paul, they often become a lifeline.  “The people we’ve had contact within the past have all […] 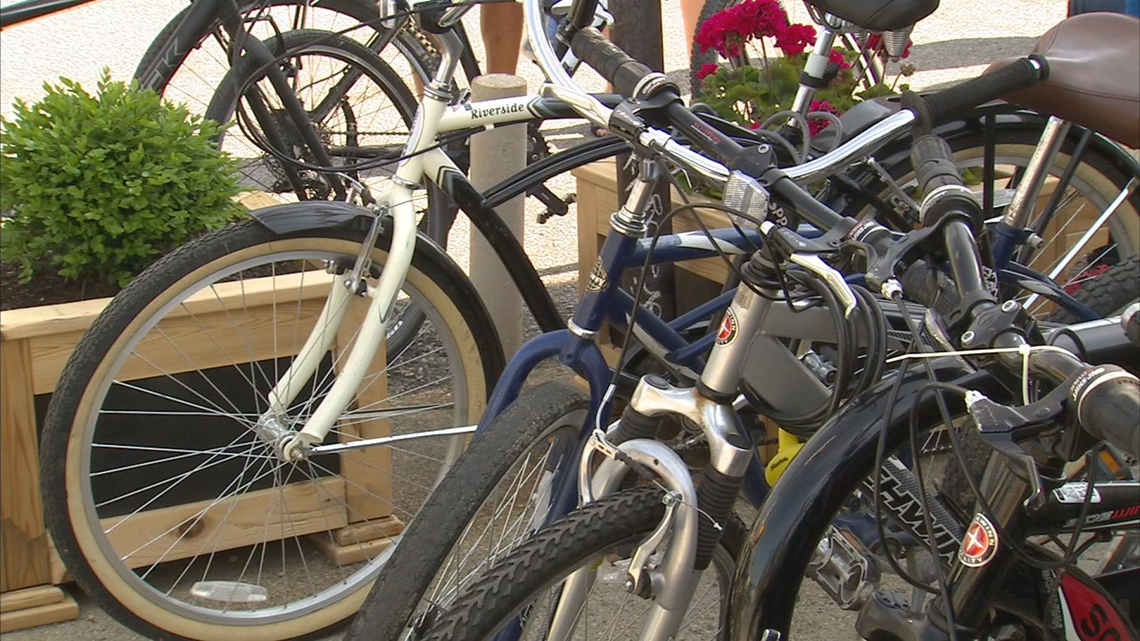