It’s amazing how much Israel has changed in the 40 years that I’ve been living here.

When I first moved here (“made aliyah”) in 1980, the wait for a telephone line was six months, minimum. Now Israel is a world leader in communications technologies, working at the speed of light.

When I first moved here, relatively few people owned cars. Now Israel’s traffic jams are a regular part of our daily reality (although public transportation is far better than in most Western countries).

When I first moved here, going out to dinner meant going out to buy some falafel. Today’s Israeli cuisine leads the world, as do its chefs and restaurateurs.

When I first moved here, bicycles were rusty contraptions you used on the kibbutz to get from your home to the fields where you worked. You dropped your bike when you got there and then used it again to get to the communal dining hall. An elderly man in Kibbutz Merhavia riding his bicycle in 2008. Photo by Nati Shohat/FLASH90

Shortly after I moved here, I bought a Raleigh racing bike. It cost me far less than buying a similar bike in Denver, from where I hailed.

However, I had to ask my parents to bring me a bike helmet on their next trip to Israel. I couldn’t find one in any of the cycling stores here. This wasn’t particularly surprising, as I didn’t see anyone on any of the clunker bikes wearing a helmet.

In the year 2000, I had the surprising privilege of being one of the founders of a bike ride to support ALYN Children’s Rehabilitation Hospital in Jerusalem.

The annual Wheels of Love, which started with only nine riders, has since grown to over 400 riders, netting millions of dollars for the hospital each year. 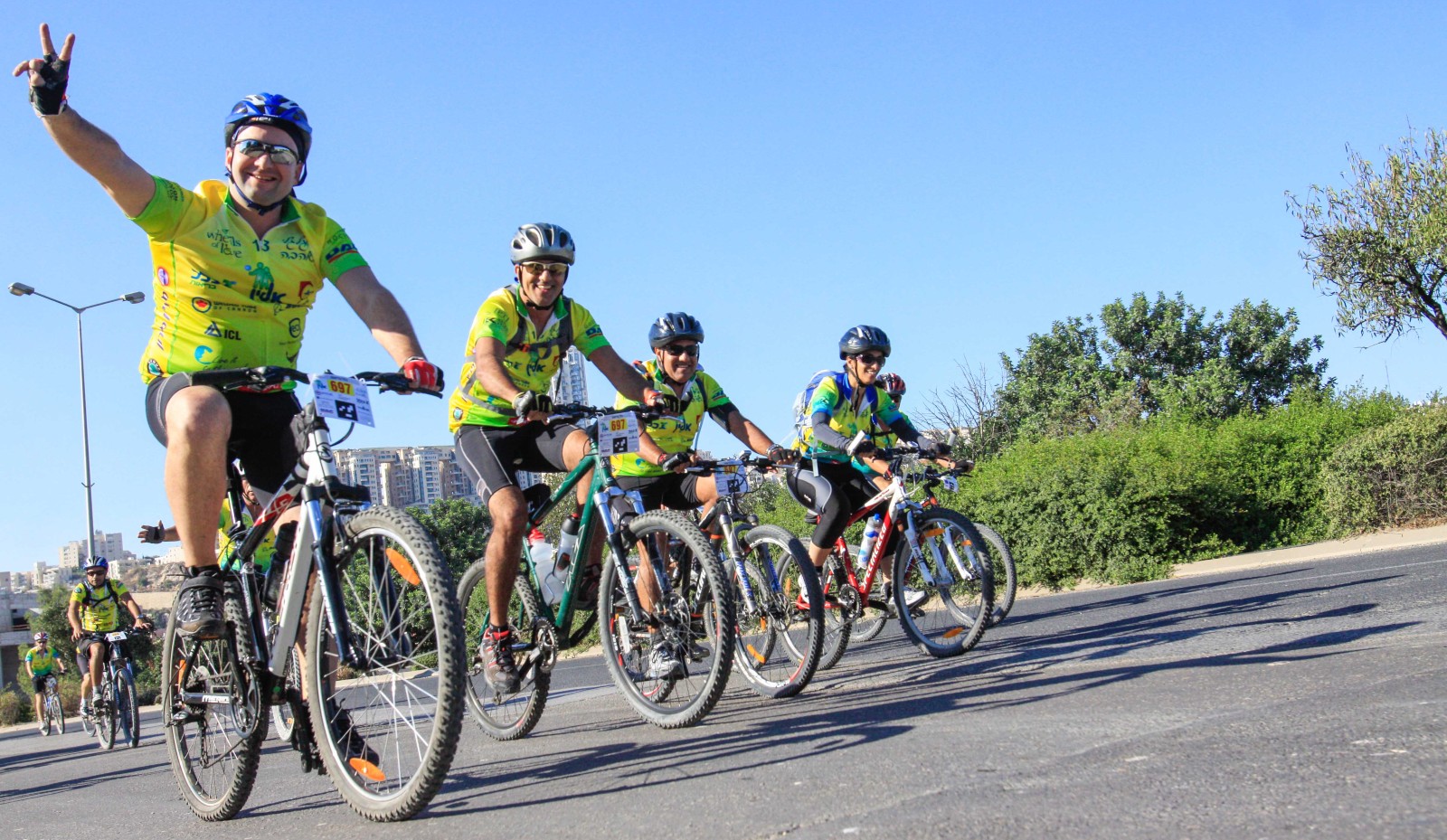 Wheels of Love, the annual international charity bike ride for the children of Alyn Hospital. Photo by Oren Nahshon/FLASH90

When we founded Wheels of Love, there was no such thing as a charity bike ride in Israel. When I asked for sponsorship on the first ride, which took place during the violent “Second Intifada,” one of my friends told me, “Just stay at home. I’ll make the contribution to the hospital anyway!”

Cycling had not yet caught on, neither as an effective mode of transportation nor as a way of staying in shape. There were no bike trails or bike lanes.

We had many goals in growing the ride. One was to publicize the idea of riding for a cause. Another was to teach about wearing a helmet when riding, as a safety measure. Still another was to promote bike riding in Israel.

Biking gets its moment in Israel

Well, Israel has come a long way in this, too.

Tel Aviv has over 360 kilometers (224 miles) of bike paths and Jerusalem has over 125 kilometers (78 miles), either existing or planned.

The Israel Bike Trail (IBT) will take riders from the Lebanese border in the north to Eilat on the Red Sea. The trail will run through Tel Aviv, Jerusalem and other cities. There is nothing like it anywhere in the world.

In 2018, the Giro D’Italia, cycling’s second most popular bike race in the world, opened with four days of cycling in Israel. 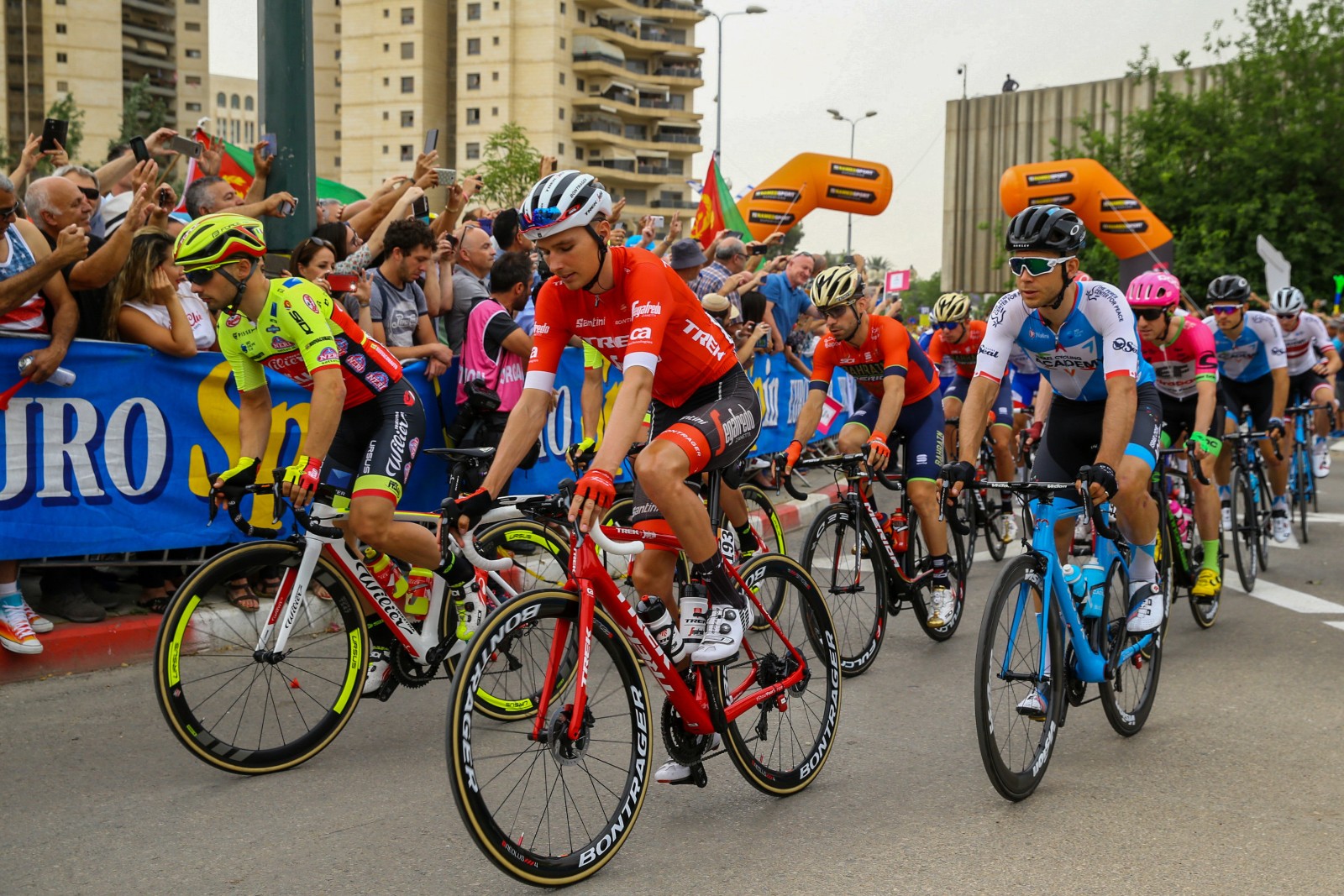 Cyclists ride in the last stage of the Giro D’Italia in the Israeli city of Beersheva on May 6, 2018. Photo by FLASH90

On July 9, the Start-Up Nation team signed one of the biggest stars of bicycle racing, Chris Froome, a four-time champion of the Tour De France.

Those of us who follow the big world cycling events are thrilled to have an Israeli representative whom we can cheer for and who will give a totally new meaning to Pete Seeger’s paraphrase of King Solomon’s words in the book of Ecclesiastes (Kohelet): “To Everything, Turn, Turn, Turn!”

Steve Zerobnick is the Associate Director of Keshet Educational Journeys in Jerusalem.

The best new and used cars for teens in 2020, according to US News and World Report

Mon Aug 24 , 2020
On the one hand, you no longer have to drive them places, but on the other hand, driving is dangerous — so how do you pick the right first car for your teen? Getty Images Buying a car for your kid is a big deal; not only will it have […]