Vipin Bhati (25), who works with a private firm in Delhi, is part of a cycling group and loves to ride long distances. Over the years, he has learnt how to negotiate high-speed traffic on roads, but many in his group find it difficult.

“Negotiating high-speed traffic, especially at intersections, is difficult. While more people are cycling now, road safety is a concern,” he said.

Delhi’s streets have seen a surge in cycle-use since lockdown norms were relaxed in mid-May, and increase that has brought provisions for cyclists’ safety under the scanner.

Transport experts and cycling enthusiasts said measures should be taken to ensure the safety of cyclists and turn the “craze” into a “culture”.

Shreya Gadepalli, who leads the South Asia Programme of Institute for Transportation and Development Policy (ITDP), said, “Cities should create a safe infrastructure for cyclists, especially in the aftermath of Covid-19.”

A survey conducted by her team in May 2020 shows a 50-65{d758473eadf0b692d331aa823300cffd0ef21fd1fd535177f3429dd328b70b5d} increase in cycling after the lockdown, especially for work trips. In response to strong citizen interest in cycling, the Union housing and urban affairs ministry in July this year launched the India Cycles4Change Challenge in association with the ITDP India Programme.

While the Delhi government and other government agencies have planned projects to provide safe infrastructure to pedestrians and cyclists or NMTs on city roads, experts push for quick-fix measures to capture the trend.

Pop-up bike lanes, traffic calming measures etc can be used to transform the roads and streets into safe zones for cyclists. World over cities such as Berlin, Milan, London, Rome and Paris have created pop-up bike lanes during Covid pandemic either by painting the lane or just by putting bollards along the length of the roads.

Amit Bhatt, director transport, WRI India, “Dedicated lanes for cyclists along arterial roads should be developed. These pop-up bike lanes can be easily created like it. We, too, have been creating these dedicated pathways for years during monsoon for Kanwariyas. All we have to do is make it a permanent feature on our roads.”

But government agencies currently have no plans for such immediate solutions.

“As of now, we don’t have any plan to provide such solutions. We are working on redesigning seven arterial roads where adequate infrastructure will be created for pedestrians and cyclists,” said a senior official with the government’s Public Works Department.

Delhi chief minister Arvind Kejriwal had recently announced that the government will redesign 500 km of 100-foot-wide roads on the lines of those in European cities.

The New Delhi Municipal Council (NDMC) had started its ‘Smart Cycle’ sharing project in December 2018 with 500 bikes and 50 stations, and officials said demand has been returning to normal levels in the past two-and-a-half-months.

Similarly, in Vasant Kunj C4, several residents use the electric bikes by Yulu, which has set up around 70 zones around Metro stations and residential neighbourhoods.

Aashish Sharmaa, joint secretary of Vasant Villas RWA in Vasant Kunj, said, “These are easy to use. Earlier, we used to take our cars to the local market. But now we can use this. It is an environment-friendly way of commuting.”

Currently, there is around 100km of cycling infrastructure in the city, developed by various government agencies. But most of it lies in a state of neglect.

The 10-12km stretch between Chhattarpur and Delhi-Gurugram border, for instance, has become mostly unusable due to waste strewn about and unrepaired effects of wear and tear.

Vedpal, Aya Nagar councillor and a cycling enthusiast, said apart from the local villagers, there is a large number of people belonging to economically weaker sections who work in the service industry as guards, housekeeping, etc in the commercial establishments situated in the area or neighbouring Gurugram.

“But people have to cycle on the main road and risk their lives. If this track is maintained well, it can benefit so many people,” Vedpal said.

When contacted, a senior PWD official said, “We will get it checked and get the repair work done wherever it is required.”

Wed Aug 19 , 2020
The North Reading Community Impact Team’s Youth Action Team is hosting an Healthy Initiative for August and September to boost physical and mental well-being. The Breezy Bike Bustle is open to ages 5-18 and encourages youth to ride their bikes safely. The team is focused on providing an environmentally safe […] 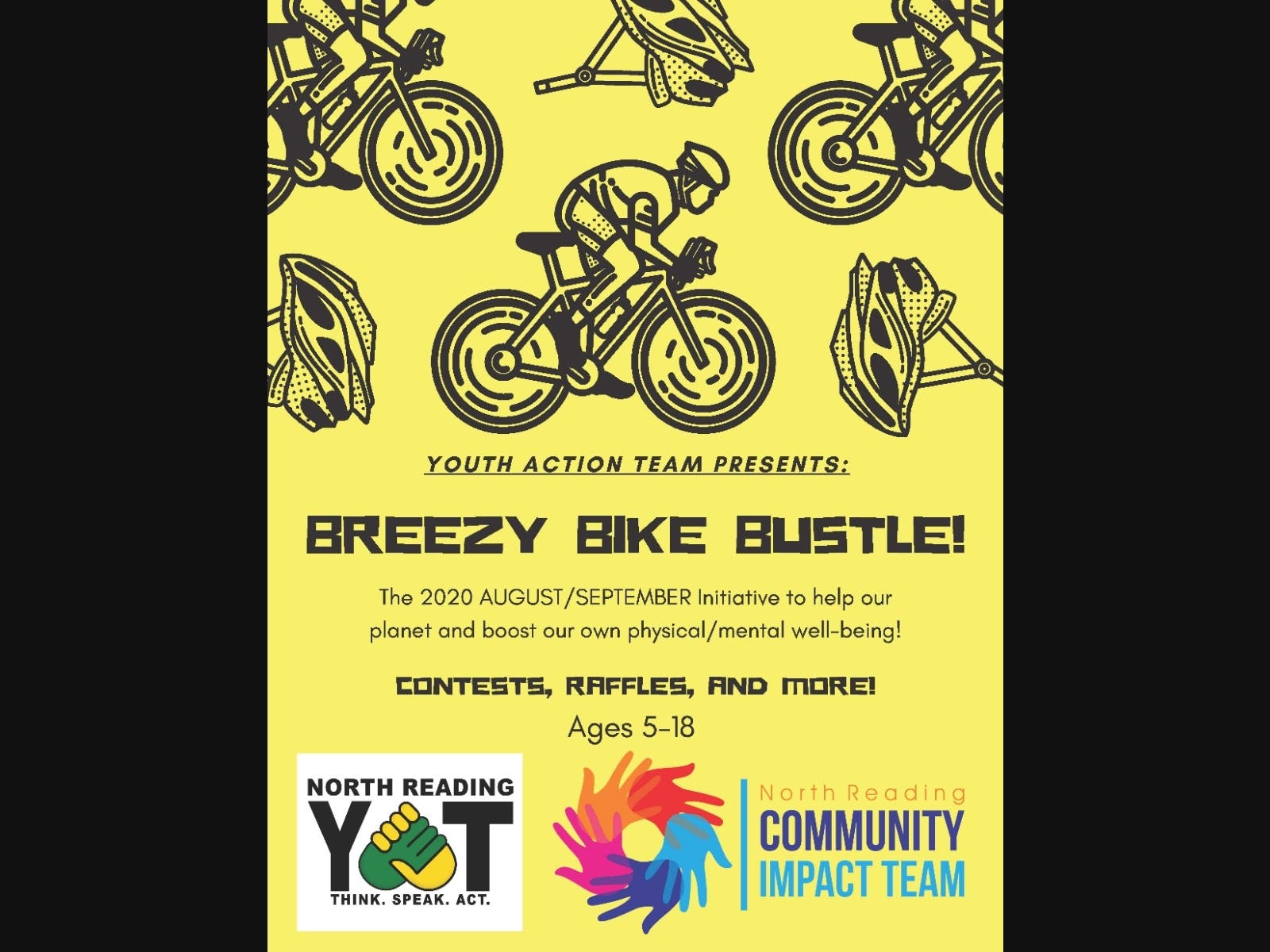