We check out some of the most interesting cars up for grabs right now!

The classic and collector car market is a fantastically diverse tapestry of vehicles from every breed and era. Delving into the classifieds reveals some real gems waiting to find a new home with both enthusiasts and serious collectors alike. Every week we’ll be highlighting the top cars in need of a new home that caught our eye.

When you have 825-horsepower under the hood of your muscle car, there aren’t too many other vehicles on the road which can even hold a candle to that. For that reason and more the new Shelby Super Snake is an impressive and intimidating vehicle, one that many people dream of even just driving once, let alone owning. Now you might have the chance to stick one in your garage and strike fear in the heart of Camaros and Challengers across the land.

Thanks to the whole COVID-19 shutdown situation, there seems to have been a bit of a disruption in flow of Japanese domestic market vehicles to the United States. Those in the know are always keen to scoop up clean, rare examples of these right-hand-drive models since they’re becoming increasingly collectible. One of the most desirable of these JDM cars is the NSX, an exotic supercar which would do quite well in the Imports and Tuners section of the Motorious Digital Concours online car show.

Custom 1967 Chevrolet Chevelle Wagon Will Haul It All

Chevrolet only built a two-door version of the Chevelle station wagon in 1964 and 1965, but you wouldn’t have guessed that after looking at this custom 1967 Chevrolet Chevelle. This custom creation is up for sale through Midwest Car Exchange, and its unique, factory-clean design practically guarantees this wagon is going to command attention wherever it goes.

There’s some debate over the finer differences between a hot rod, street rod, and rat rod. However, it’s clear this custom 1935 Dodge Pickup is indeed a street rod. It looks absolutely fantastic, and while fast it was built primarily to cruise down Main Street, but you can punch it and feel that blast of performance. What’s also amazing is it pulls in some styling cues from the rat rods, while also mixing in some cleverly-hidden comforts. This is the kind of vehicle you could enter into the Motorious Digital Concours, a virtual car show.

The decision between restoring and restomodding can be a difficult and sometimes polarizing one, but there’s no arguing the outcome of this gorgeous 1970 Ford Mustang Boss 302. Starting with a legit Boss 302 with an incorrect engine stuffed under the hood, this build took the Mustang Boss 302 to an even higher extreme with a full restomod treatment.

What was once considered a standard G10 panel van can no longer be considered as such. Customized from head to toe, there’s no doubt that this groovy van will demand attention anywhere it goes while delivering waves of ’70s nostalgia. Just one glance at this “Boogie Van” and it’s as if you entered a time machine and transported back to groovier times. Garage Kept Motors is pleased to offer the opportunity to own this psychedelic 1975 Chevrolet G10 Van.

Upon its introduction in 1990, the Corvette ZR-1 was a masterpiece of performance that made this car extremely special right out of the gate. While there are many examples of low-mileage Corvettes out there, this 1990 Chevrolet Corvette ZR-1 up for sale through MBP Motorcars is especially remarkable since it’s a first-year example with just 92 original miles.

Many people just love the look of the 1966 Chevelle, which was the first year Chevrolet made it a stand-alone model. With a complete redesign versus the ’65, this muscle car inspired many to jump on board, quickly becoming an enthusiast favorite. Back then the SS was the top dog with a thumping 396 available. But for some that wasn’t enough power, and that’s who this car is for.

Enjoy The Heat In This 1968 Pontiac Firebird Convertible

If you’re like a lot of muscle car fans, you really like the looks of the first-gen Pontiac Firebird. Those clean, simple American lines really hit where it counts, and they definitely don’t make vehicles like that anymore. It’s just one of many reasons to be interested in this convertible ’68 Pontiac Firebird, which looks great and goes like hell for plenty of summertime diversion.

If you have the means and want to win some of the biggest car shows out there, you need something which not only looks fantastic but also has an unbeatable pedigree. Snobs wouldn’t even consider an American muscle car as an option, but with this numbers-matching ’69 Dodge Super Bee A12 M Code is set up to dominate. It has been through a thorough restoration with the results anyone can plainly see. This is the ride you bring to a show when you want to win.

Do you already have a cool car in your garage? Share it in the Motorious Online Car Show for a chance to win $1000!

Thu Jul 16 , 2020
Car repairs can be stressful — and expensive. And if you end up going to a less-than-trustworthy mechanic, you might end up paying more than you have to. If you have a tried-and-true mechanic, you should be able to take them at their word. But if you’re trying a new […] 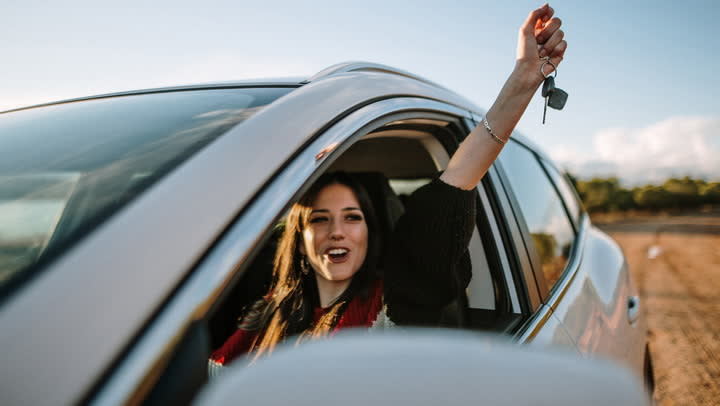