Being touted as the world’s first R5-based electric race car to be ready to be delivered to customers, the C3 ERX has been created from the C3 Rally2 machine’s rolling chassis, adopting 80{d758473eadf0b692d331aa823300cffd0ef21fd1fd535177f3429dd328b70b5d} of the parts used in the rally version of the factory-built, four-wheel-drive car, and mated to STARD’s ‘revelution’ 450kW (613bhp) triple-motor electric powertrain system at STARD’s base in Austria.

That powertrain is being used by all cars in the Projekt E series that will support World RX for the first time this year, with the C3 ERX conceived to also compete in hillclimbs, rallying and racing. STARD’s battery system recently passed the FIA’s HV battery system crash test.

Parts for the C3 ERX will be available through Citroen Racing’s official shop, with ready-to-race cars costing €374,000.

“Since the commercial launch of the C3 R5 in 2018, our car has become one of the references of its class,” said Didier Clement, Citroen Racing’s Head of Customer Racing Promotion Activities.

“It has proved its potential on the rally roads which has provided a solid basis for STARD to develop the C3 R5 ERX. We are delighted to support STARD on this ambitious project and will follow the project closely.

“Motorsport is at a turning point and we see more and more extremely competitive electric cars. The C3R5 ERX shows that our C3R5 family continues to grow, with a new product that looks promising.”

STARD boss Stohl scored his career-best World Rally Championship result at the wheel of a Citroen Xsara WRC machine in the 2005 Cyprus rally, where he finished second to Sebastien Loeb. He was also a podium finisher in a Peugeot 307 WRC the following season, in Mexico, Australia and New Zealand.

“I celebrated my best World Rally Championship seasons and podiums behind the wheel of highly competitive PSA cars from Citroen and Peugeot,” said Stohl.

“PSA Motorsport is one of the best automotive competition departments in the world, in particular when it comes to rally and rallycross cars.

“Our FIA certified STARD EV powertrain system is unique globally and offers an unchallenged ratio of cost to performance, with minimised running costs.

“Installing this into a Citroen Racing C3 R5 rolling chassis results in a very powerful combination in terms of performance, but also in customer friendliness. I feel honoured to have Citroen Racing as our partner.”

German team Volland Racing committed to competing in the Projekt E series from 2021 last week, and could makes its debut in the final round of the planned 2020 season at the Nurburgring, while the FIA officially announced the eRX2 electic category last week that will replace the single-make RX2 International Series next year.

The test mule of the new eRX2 car was launched at the RallyX Nordic season-opener at Holjes last month.

Mon Aug 24 , 2020
Mazda revealed MX-30 mild-hybrid version at the 2020 Automobile Council. Photo by Peter Lyon At the Automobile Council near Tokyo on Friday, the only auto show to be staged in Japan since the pandemic struck, Mazda surprised the 3,000 invited guests and media with the world premiere of a gasoline-hybrid […] 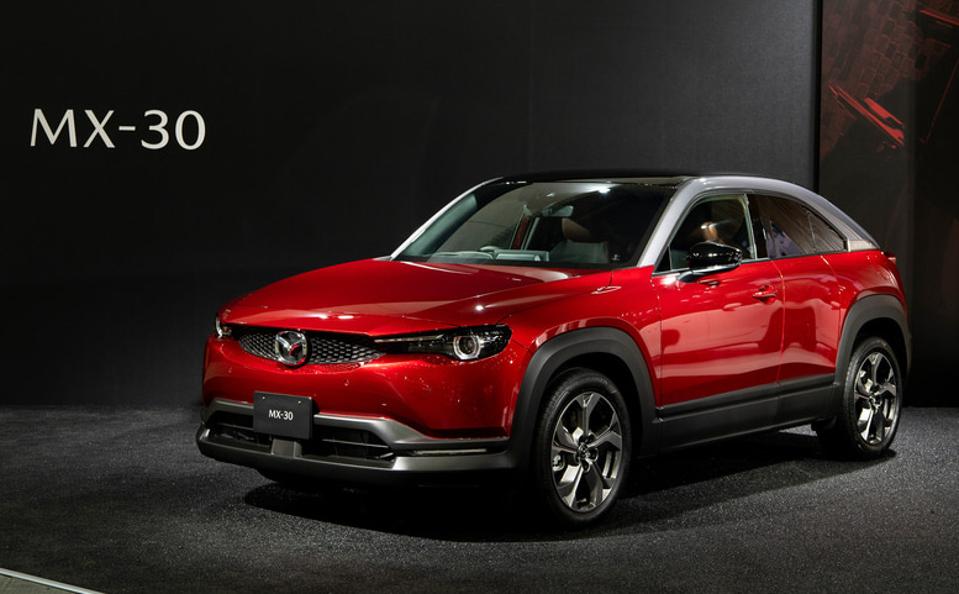