Ledger is a six-story multi-use building under construction in downtown Bentonville. It features bikeable ramps from the ground floor to the roof. Michel Rojkind, Callaghan Horiuchi, and Marlon Blackwell Architects collaborated on the building design.

Specialized Bicycle Components, a 48-year-old California-based company, has plans to open a new experience center in Bentonville, and recently purchased an independent bike shop in Fayetteville.

The new experience center will open at Ledger in downtown Bentonville this fall.

It will be the third company-owned experience center for the brand, which operates facilities in Boulder, Colo. and in Santa Cruz, Calif. The centers offer bike demos, fitting services, and some merchandise.

Details are so far limited to what’s included in a news release announcing that Specialized had leased space at the 230,000-square-foot bike-friendly building under construction on South Main Street.

“We’ve designed the Bentonville space as a comfortable place to connect before and after your time on the trails,” said Jennifer Gibbons, manager of retail services for Specialized, in the release. “Take a bike out for an incredible ride, then come back and relax with friends, study the map wall to plan your next adventure, or hang out and chat with our local experts. You can even take a post-ride shower and enjoy a coffee.”

Demos available will include mountain and gravel bikes and associated equipment, according to the release.

A message to Gibbons asking whether the company’s road bikes or e-bikes would be available was not returned.

Specialized will hire several employees for the new center, which is set to open in October, according to the release.

News of the experience center is the second notable development in the company’s investment in the region.

Specialized earlier this month purchased The Bike Route, an independent bicycle shop that opened in 2010 on Front Street in Fayetteville, according to local sources. Following the sale, the shop closed for several days before reopening under new ownership with no changes to the store’s branding. The Bike Route was a Specialized dealer prior to the sale.

Messages sent to Specialized inquiring about the acquisition and plans for the Fayetteville shop were not returned.

Specialized has been acquiring independent bike shops in several states and in at least one other country.

The company purchased a shop in Michigan last September and has plans to purchase several other stores, according to Bicycle Retailer & Industry News. Specialized has also acquired shops in Virginia, Indiana, California and Australia.

Specialized was founded in 1974 by Mike Sinyard. The company is based in Northern California.

The latest headlines from the Fayetteville Flyer, delivered straight to your inbox.

Mon Jun 13 , 2022
The winners of the Unreal Engine HMI Design Challenge held in partnership with Car Design News have been announced. Each of the finalists submitted compelling, forward-looking designs, complete with a graphically rich UI and an HMI system that focused on the safety, utility, entertainment and wellbeing of the vehicles’ passengers. […] 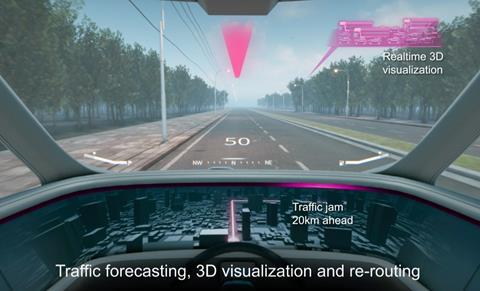