STATEN ISLAND, N.Y. — The borough’s new bike share program, initially scheduled to launch this spring, will be delayed until sometime next year.

On Friday, the Department of Transportation (DOT) announced via Twitter that Staten Island’s Beryl bike share program, which has been delayed by the ongoing coronavirus (COVID-19) pandemic, is now scheduled to launch in 2021.

“Though COVID-19 prevented @BerylBikes from being launched #onStatenIsland in April as intended, the City & Beryl remain committed to bringing this #BikeNYC share service to Staten Island. Beryl is aiming for a 2021 launch, with more details coming later this year,” the DOT tweeted.

The DOT declined to offer any additional details regarding the newly planned program launch, but representatives from Borough President James Oddo’s office shared details with the Staten Island Advance/SILive.com from a briefing they had recently with the department regarding the program.

According to the borough president’s office, the Beryl bike share program is slated to start on the North and East Shores of Staten Island in March 2021 with some combination of 350 bikes, e-bikes and/or scooters.

Beryl will install approximately 160 Beryl Bays — clearly marked bike parking zones strategically placed throughout the borough — to minimize the disruption caused by having bikes and scooters scattered across city sidewalks, according to the DOT’s briefing of the borough president.

The company plans to expand the program to Mid-Island and the South Shore in 2022, increasing the number of available vehicles to 700, including 500 e-bikes, the borough president’s office said.

HOW WE GOT HERE

In November 2019, the Department of Transportation (DOT) announced that Beryl, a United Kingdom-based bike share provider, would operate Staten Island’s new bike share program, which was scheduled to begin this spring.

However, as Spring 2020 came to a close, the mint green bicycles had yet to hit Staten Island streets.

“Beryl was scheduled to launch in Spring 2020, however, due to the COVID-19 health crisis, the launch was delayed. DOT and Beryl are working closely to launch as soon as operationally and logistically feasible,” the DOT said in June.

When the program does launch in 2021, it will only operate within practically the same service area — along portions of the North and East Shores — as the previous bike share, operated by JUMP and Lime, despite DOT initially touting the program as a borough-wide bike share.

On Nov. 13, 2019, the DOT announced via press release that, “A new bike share provider, Beryl, will provide borough-wide service in the spring with over 1,000 new bikes.”

“This next exciting phase of our bike share pilot will allow us to work with a promising company to deliver a great and convenient transportation option to all of Staten Island,” DOT Commissioner Polly Trottenberg said at the time. “We look forward to sharing more details of Beryl’s plans in the months ahead – and this spring, we look forward to welcoming brand-new and distinctive Beryl bikes to all of ‘The Rock.’”

However, the DOT reneged in February, stating that the new bike share will launch within essentially the same service area as the previous bike share, with plans to expand to the rest of the borough at an unspecified date.

“Beryl will launch in an area similar but slightly larger than the service area from the Dockless Bike Share Pilot that JUMP and Lime operated in. Beryl will expand to cover the rest of the island later this year,” a DOT spokesperson said at the time.

When asked why the program will no longer launch borough-wide, as initially planned, the DOT would not provide a specific answer, instead stating that, “as with other bike share systems, Beryl will expand service through a phased rollout to ensure effective operations and comprehensive community outreach.”

Beryl is known for its innovative safety technology and hybrid parking model.

Emily Brooke, founder and chair of Beryl, and Phil Ellis, co-founder and CEO, visited Staten Island last November, meeting with local elected officials and representatives from DOT to showcase the company’s bikes and begin preparations for their first U.S. rollout.

“We don’t pretend that we’re going to know exactly what’s best straightaway. It’s going to be an iterative process and we’ve got a lot of work to do between now and launch to understand what’s different and what’s going to work,” Brooke said.

Beryl, founded under the name Blaze in 2012, first broke into the cycling business with the company’s innovative Laserlight technology, designed by Brooke as her final year project while a university student. Laserlight projects a green laser outline of a bicycle onto the roadway in front of cyclists, better alerting motor vehicles of their presence.

Laserlight proved to be a roaring success, with bike share programs across the globe, including London, Montreal and Glasgow, adopting the cycling safety tool. The tech has even appeared on New York City streets, with Laserlight piloted on 250 bikes in the Citi Bike fleet back in 2017.

“We then started working in bike share after we had the product out in the wild for a couple of years. We worked with the London bike share scheme, Santander Cycles, to implement that technology into the bikes,” said Brooke. “We’ve been working with some of the biggest and most complicated bike share schemes in the world.”

In 2018, Beryl launched its own bike share service in three U.K. areas — London, Bournemouth/Poole and Hereford — with thousands of bikes on the road and more than 300,000 trips to date.

“The best thing we could do to enable our purpose, and get more people on bikes, was to do our own bikes,” said Brooke. “The bike was the last missing piece of the jigsaw puzzle since we had done a lot of technology up to this point.”

Beryl’s bike shares use a hybrid parking model that allows users to pick up or drop off bikes at designated Beryl Bays or park them responsibly on the street.

“It’s great for the users because you know you can rely on the service and if there’s a bay, you can typically find a bike. It’s good for the other citizens and pedestrians because the bikes aren’t strewn about everywhere. And it’s good for our operations because we know where they typically are, which helps,” Brooke added.

DOT is currently soliciting public input about where to place the Beryl Bays in order to optimize access to the bikes for the community.

Visit the project’s website to suggest a Beryl Bay location.

The Beryl bikes are designed with a lightweight frame and comfortable seat that’s adjustable for riders spanning heights of 4′11″ to 6′5″. Each bike has three gears, allowing riders to adjust based on the hilliness of the terrain.

Contactless technology installed in the unlock pad allows riders to simply hold their phone above the bike to unlock and ride.

In addition to the Laserlight projection, all bikes are equipped with front and rear brake lights that turn on automatically when you pedal and remain on for two minutes when stopped.

The DOT Beryl bike share website was recently updated to include pricing for when the program launches in 2021; prices are similar to those charged on Staten Island during the pilot period for renting a JUMP or Lime e-bike.

The Pay as You Ride option costs $1 to unlock the bike and $0.15 for each minute you ride.

The Day Pass option costs $12 for unlimited rides within a 24-hour window.

Despite The Growth Of EVs, They’re Not A Shortcut To Clean Transportation

Thu Aug 27 , 2020
By Bas Bonnier We may need to end our love affair with SUVs to make transport cleaner. Shutterstock When did you last use your car? Have you also driven significantly less over the past few months? While lockdowns have been in place around the world due to the coronavirus pandemic, […] 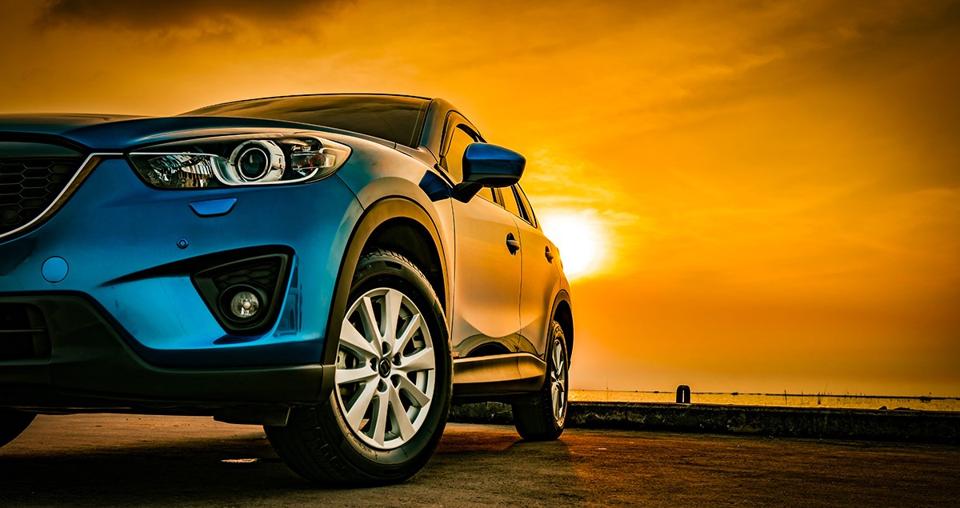