Images show a Russian armored vehicle being blown up by Ukrainian ordnance as two other vehicles scurry away.

It is unclear where exactly the images were filmed in Ukraine, but they were obtained from the Command of the Assault Troops of the Armed Forces of Ukraine, which said that the operation was carried out by Lviv paratroopers against “the occupier’s airborne forces.”

A statement added: “You are watching how the landing combat vehicle of the enemy airborne troops is disposed of on the sacred Ukrainian land!”

Ukrainian forced said that “an engineering and sapper unit [combat engineer]”, a “separate assault brigade of the Armed Forces of the Ukrainian Armed Forces,” prepared various “surprises” for the Russian soldiers ahead of time, “in the form of mined areas.”

They signed off with “Death to the Russian occupiers!” and the now-famous slogan “Slava Ukraini!,” which means “Glory to Ukraine!”

Russian troops invaded Ukraine on February 24 in what the Kremlin is still calling a “special military operation.” May 31 marks the 97th day of the campaign.

From February 24 to May 31, the total combat losses of Russian troops stand at around 30,500 personnel, according to the General Staff of the Armed Forces of Ukraine.

Last week, Russian President Vladimir Putin signed a decree that makes it easier for Ukrainians in occupied areas to become citizens of Russia. He also scrapped the upper age limit for contractual service in the military.

Ukraine has called Russia’s offer to lift the blockade of its Black Sea ports in return for the lifting of some sanctions “blackmail.” The blockade has led to shortages in wheat and cooking oil across the world.

The United Nations Office of the High Commissioner for Human Rights (OHCHR) has now confirmed 8,900 civilian casualties in Ukraine, including 4,074 dead and 4,826 injured. But the OHCHR believes that “the actual figures are considerably higher.”

This is because “receipt of information from some locations where intense hostilities have been going on has been delayed and many reports are still pending corroboration.”

The OHCHR said that information is still lacking regarding, for example, Mariupol, in the Donetsk region, Izium, in the Kharkiv region, and Popasna, in the Luhansk region, where there are allegations of numerous civilian casualties.

Ukrainian officials say that about 20,000 civilians died during the Russian siege of the strategic port city of Mariupol alone, which is now under Russian control after the last remaining Ukrainian forces surrendered after holding out at the Azovstal steelworks for weeks.

This story was provided to Newsweek by Zenger News.

Thu Jun 2 , 2022
The Velotric Discover 1 is a great value electric city cruiser with surprising quality given the entry to mid level price. There’s so much to love about this bike, but the look, is undoubtedly the first positive impression. The Discover 1 has a wonderful build that blends utility and aesthetics. […] 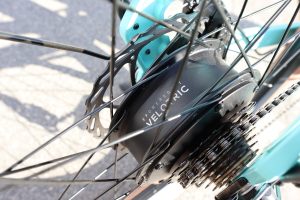