My family has just reached a milestone. The youngest child is now strong and confident enough to ride his own bicycle (no training wheels!) whenever we go out for rides around town or on nearby trails. That means I can return the “tag along” I borrowed from a friend last year to facilitate our family bike rides. In doing so, it feels like I’m freeing myself from the last bit of baby-related paraphernalia that has accompanied my bicycle outings for the past decade. It’s something to celebrate, for sure.

This got me thinking about all the devices, large and small, that have facilitated my family’s cycling since my husband and I had our first kid, more than a decade ago. I was already a committed cyclist, biking 14 miles (22 kilometers) each day from my downtown Toronto apartment to my workplace in the east end and back again. I wasn’t going to let having a baby derail my love of two-wheeled travel, so instead I began acquiring stuff.

The bike trailer came first, donated by a friend whose one child had outgrown it. With a permanent attachment added to my wheel, it was easy to attach and detach as needed. It seated two small kids, which was convenient, and had a back “trunk” area where I could stash groceries, beach toys, or a diaper bag.

The trailer worked well for hauling kids, but it was not particularly fun to pull. It was heavy and awkward, especially since I’d moved to a small town with no designated bike lanes. If I rode on the road, I worried about the kids’ safety, and if I moved onto the sidewalk, I took up most of it. Still, it served its purpose for a while.

When I only had one kid who couldn’t bike and the others were cruising around with training wheels, we used a front-mounted baby seat. I may have chosen a rear-mounted one if I were shopping myself, but again it was loaned by a friend. This got installed on the front bar of my bicycle and allowed my youngest to perch up high. He loved it. He felt as if I were hugging him, and if he felt sleepy, he could lean face-forward onto the cushioned face rest and take a nap. It always felt secure to me; the only thing I didn’t like was when my legs hit the seat, so I had to bike with a slightly wider stance.

When he grew too big for the baby seat and trailer, I borrowed a tag along from another friend (apparently I have some very generous, well-equipped friends). This is a bicycle extension of sorts that adds a third wheel to the bike, complete with handle bars and pedals, so the child is able to help cycle – sort of like a detachable tandem bike. I think that it teaches the kid from an early age what it feels like to ride without training wheels; it familiarizes him or her with the sensations of going around corners, over bumps, and down hills. For the parent, a tag along is much lighter than a trailer, making it easier for long rides.

I never used a cargo bike personally, but my cousin Emily does. She purchased a fancy electric Dutch cargo bike that she uses year-round to ferry her two young children and all their groceries around the notoriously snowy city of Winnipeg, Manitoba, Canada. She and her husband love it. They bundle up the kids in snowsuits and plop them in the front box, no car seats required. Thanks to the electric motor (they say they couldn’t imagine doing it without the electric boost) and an impressive network of urban bike trails, they whiz past rows of slow-moving traffic to get wherever they need to go much faster than if they had a car. This is an excellent option for anyone who knows they’ll be traveling farther distances by bike on a regular basis or looking to replace a car.

I bought new helmets for my children (that’s one thing I did not borrow from friends or buy secondhand!) in patterns they liked because it makes them more inclined to wear them. These also have adjustable inner headbands to allow for growth. I installed water bottle holders and bells, and bought good locks to secure our bicycles wherever we go. (I didn’t buy lights for the kids, as we never ride at night, but if you do that’s a wise purchase.) I always make sure the kids are dressed for the weather, i.e. wearing good footwear, rain gear, or sun visors on their helmets – because as soon as a small kid gets uncomfortable, a family bike trip rapidly becomes miserable.

It’s important to remember that all the fancy gear in the world means little if you don’t use it. It’s important to get out with kids on bicycles on a regular basis if you want it to become part of their everyday life. A daily ride familiarizes them with routes, teaches them road safety, and normalizes bicycles as a form of transportation, making them more inclined to hop on their bikes to get around as they grow older.

Sun Aug 23 , 2020
Car Rental Market Notice: This Content doesn’t contains all the Information of the Report please fill the form (via link) and get all interesting information just one click in PDF with latest update with chart and Table of Content The Report Titled on “Car Rental Market” which provides COVID19 Impact […] 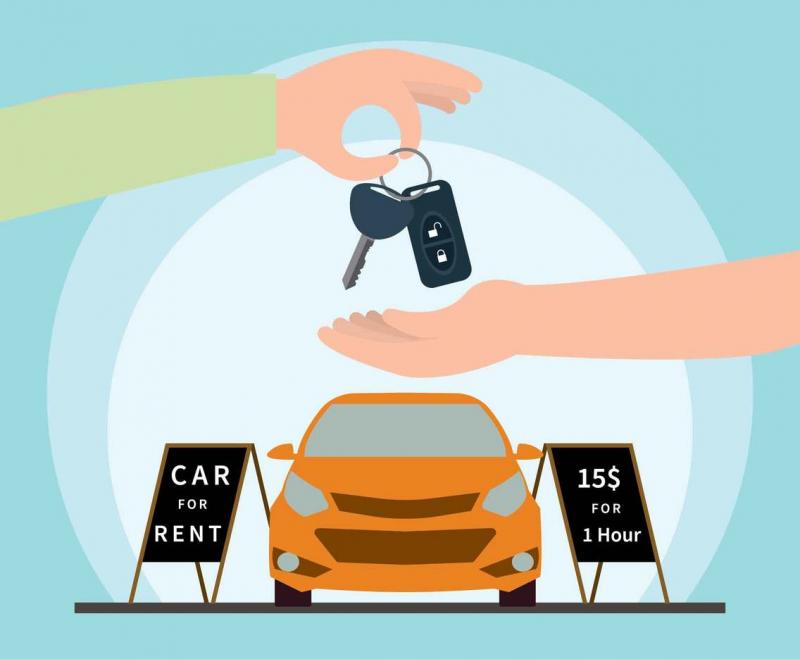