With less than 100 days until the 2022 World Games in Birmingham, the city has announced a number of details about transportation and road closures in July. Here’s what to know so far.

A number of secure perimeters and road closures will be implemented from July 7 to 17 during The World Games.

The perimeters were coordinated in partnership with The World Games Birmingham Organizing Committee and federal law enforcement, according to a press release from the City of Birmingham.

According to the release, The World Games events will require a secure boundary as well as road closures at several venues. The secure boundary, which will be set up in late June and early July, will restrict non-official vehicle access to a number of areas, including 1st Avenue South at Railroad Park, BJCC/Protective Stadium downtown, Avondale Park, Bessie Estell Park, and Legion Field/8th Avenue West.

The boundaries will be in place through July 17. The restrictions will primarily focus on vehicles, and pedestrians will be able to move freely through most areas of the secured perimeters.

Contacting the city with questions:

The City of Birmingham says it has started notifying residents, businesses and organizations in each location to inform them of the upcoming plan and schedule. Individuals and organizations with questions can call 205.254.2702 or email [email protected] A representative will respond to each inquiry.

Maps of the perimeters:

Detailed rundowns with maps of the projected street closures and secure perimeters is available on the City of Birmingham website. [More information is available for download here]

“Ride the Line”: Free shuttles in Birmingham will be available during the World Games

The city of Birmingham will deploy a fleet of shuttles to transport spectators to and from The World Games events.

The shuttles – which will transport riders at no-cost – are part of a transportation plan called “Ride the Line.”

Ride the Line is the result of months of planning between The World Games and local transportation leaders. According to the description of the project on the city of Birmingham website, the shuttles will be clean and air-conditioned and include information about Ride the Line routes, the sports venues and event schedules to assist fans and spectators during the World Games.

The shuttles will run in loops between venues from 7 a.m. to 11 p.m. during The World Games.

Athletes and media covering the events will have their own transportation systems separate from spectators.

“This will be the easiest and most efficient way for fans to get to most venues so they can watch these incredible sport competitions,” said Nick Sellers, CEO of The World Games 2022, in a press release. With Ride the Line, you will get a free ride that will drop you off at the closest entryway.”

In the same release, mayor Randall Woodfin applauded the city of Birmingham partners who worked to develop the public transit system.

“We encourage everyone to take advantage of this opportunity to travel quickly and efficiently to these history-making events.”

Information about the plan, including a detailed map showing shuttle routes and stops is available online at www.twg2022.com/ride.

New Birmingham interstate lights ‘about to be lit’ for World Games, Woodfin says

How The World Games 2022 will forever change Birmingham

[READ MORE ABOUT THE UPCOMING 2022 WORLD GAMES IN BIRMINGHAM, ALABAMA]

Thu Jun 2 , 2022
Getting to and from the 2022 World Series of Poker (WSOP) will be a bit more complicated than in year’s past given the switch from the Rio to the Strip, and one method of transportation you might wish to consider is the monorail. The Rio, whether you loved it or […] 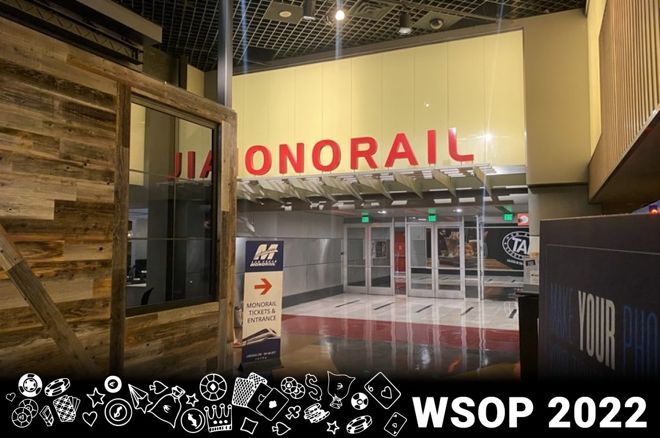