The Bronco is back, and here’s what we know about it so far.

We are continually updating this story with the latest information on the upcoming Ford Bronco.

Fans have been waiting a while for Ford to revive its iconic Bronco nameplate. It left the market in 1996, but the Bronco never truly left the hearts of the enthusiasts who loved it. In spring 2020, we’ll see an all-new version; Ford confirmed at the 2017 Detroit Auto Show that the iconic SUV will be back on the market in just a few years. And it would be produced locally at Ford’s Michigan Assembly Plant. After months of delays for various reasons, the 2021 Ford Bronco will finally be revealed on July 13 via livestream.

What’s more, Ford is allegedly planning on spinning Bronco off into its own sub-brand. One teaser for the SUV featured three different iterations of the SUV family: the two-door, the four-door, and the unibody Bronco Sport. Here’s what we know about it so far.

Like the Jeep Wrangler, Toyota 4Runner, and many good off-roaders before it, Ford says the new Bronco will be a body-on-frame 4×4 built to take on some of the toughest terrains. It will offer notable features like a solid rear axle and an “Air Roof.” Ford says it’s a “no-compromise midsize 4×4 utility for thrill seekers who want to venture way beyond the city.” Early rumors suggested it might be a four-door only, but spy shots and official Ford teasers confirm it will be offered in two-door and four-door guise.

According to former Product Development Chief Raj Nair, the Bronco will share its frame with the Ranger pickup, which made its debut for the 2019 model year. Ford’s agreement with the United Auto Workers hints that the SUV could use an aluminum body because the panels come from the same stamping plant as the F-150.

In addition to a Ranger-based Bronco, Ford will build a smaller Bronco Sport. Images of the production model leaked in mid-March, showing a handsome four-door body that shared its general fascia design with the full-size Bronco. After being rumored for an April debut, the unibody Bronco Sport will likely be delayed somewhat as the company deals with fallout from the coronavirus. Learn more about the kid sibling of the Bronco family here.

While the Bronco will likely offer rugged off-road simplicity in its most basic form, features like Ford’s Terrain Management system, Trail Control, and a novel active suspension (revealed in a recent patent filing) could be optional. The 2021 Bronco might also get a special off-road edition called Wolftrak, and a high-performance Raptor version (possibly with a V8 engine) is likely.

An electronic dial actuates the Bronco’s transfer case, including provisions for two-wheel drive, high- and low-range four-wheel drive, and an automatic setting. This “4A” automatic system is likely the same one as is found in the Raptor, where it makes use of both a conventional transfer case for fixed 4×4 operation and a wet multiplate clutch that allows for a variable front-to-rear torque split, just like all-wheel drive.

The overall styling appears to be boxy and even edgier than our Raptor-based rendering. A tapered roof and a spare wheel mounted out back gives the Bronco a striking resemblance to the Jeep Wrangler – at least as far as we can tell. A tipster who saw the Bronco’s body shell described it as 16 feet long with short overhangs at both ends. More recently, an image of the production Bronco, allegedly captured on the factory floor (featured above), popped up in online forums. There are a number of oddities that make us suspect it’s a rendering, although that said, the design does seem to fit with what we know.

Lending some credibility to the rendering is an agonizingly long release of teasers and spy photos that show the Bronco boasting decidedly retro flavor. The official Ford Bronco Instagram account, for example, has been posting in a mosaic style, betraying details like aggressive tires, off-road–friendly proportions, and robust steel bumpers – a true Wrangler rival, it seems.

Recent spy shots captured the Bronco’s interior partially revealed, showing a fairly simple design with plenty of manual controls. Similar to the new Ford F-150, drivers will be able to control basic stereo and climate control systems without diving into the integrated touchscreen display. Similarly, a traditional shifter stalk and dial select for four-wheel-drive will be included on at least some models, if not all. Considering the Bronco will be offered with removable doors and a roof, keeping things simple means less to go wrong for an interior that can be exposed to the elements.

The Bronco R off-road racer (below) provided a rough preview of what to expect – at least from the exterior. The boxy design and sharp lines have clear similarities to the original Bronco. The rig didn’t perform very well in the Baja 1000, though.

Multiple reports and patent applications indicate that several portions of the Bronco’s body would be removable, some via a quick-release system. Owners would allegedly be able to take off the doors and store them in the rear of the vehicle. Panels in the roof would also come off to allow for open-air motoring. Ford has also patented an innovative system that uses telescoping beams to protect drivers in a crash while the doors are off.

A leaked image (below) provides a look at what’s allegedly the Bronco’s headlight. The design evokes the circular lamps of the SUV’s original generation, and a video teaser from Ford corroborated the leak on July 1, showing blade-like LED extensions reaching toward a bold, Bronco-scripted front grille. The same set of teasers showed that Ford was taking its heritage seriously.

Ford reportedly showed the two-door Bronco at a dealer meeting. While no photos leaked out from this event, attendees said the SUV maintained retro styling elements from the original, including a rectangular grille and round headlights. The two-door model was caught galavanting in the snow, as part of cold-weather testing, in February.

In early March, the Bronco’s alleged color palette leaked, showing 10 colors for the off-roader. Several were shared with other Ford products (the Mustang’s Race Red and Oxford White, the general Ford range’s Iconic Silver, and the Mustang Mach-E’s Carbonized Gray are present), while there are a number of new colors in Cyber Orange, Antimatter Blue, Figher Jet Gray, and Area 51.

What’s Under The Hood?

Our best guess is that Ford will probably drop an EcoBoost engine into the bay of the new Bronco. The company put one in its Raptor off-roader and GT supercar, after all. A leak from Canadian Tire hints at a 2.3-liter EcoBoost unit, which produces 270 horsepower (201 kilowatts) and 310 pound-feet (420 Newton-meters) of torque in the Ranger, paired to a 10-speed automatic transmission. A hybrid Bronco is a real possibility, as is a rugged Bronco Raptor with a V8.

But we expect more from the base Bronco than what’s rumored. It’s likely the Bronco will feature the F-150’s twin-turbocharged 2.7-liter V6, which is good for 325 hp (242 kW) and 400 pound-feet (542 Newton-meters) of torque, as an option. We’ll keep our fingers crossed for a new diesel engine as was introduced in the global-market Ranger Raptor, but Ford is likely to drop the more-than-10-year-old Duratorq from its range. A six-speed manual gearbox with a reduction “granny” gear also could be one of the transmission options.

Where Will It Be Built?

Both the Ranger and the Bronco will be produced at Ford’s plant in Wayne, Michigan, but Australia is where most of the engineering and development will reportedly take place, specifically at Ford’s Asia-Pacific Engineering Center in Victoria. The new Ranger was also developed down under, and considering the two will share a shortened version of the T6 platform, we expect the Bronco to have nearly all of the same capabilities – if not more.

Some info suggests Ford reportedly wouldn’t sell the Bronco or Baby Bronco in right-hand drive markets. But then, the company applied for a trademark on “Bronco” in Europe on October 31, 2019. While far from any kind of confirmation, this filing showed not to rule out the SUV being available outside of the United States eventually.

How much will it cost?

With current conversion rates, the Australian-market Ford Everest would cost around $40,000 in the U.S. Given that production will be moved to Michigan, and relative competitors like the Wrangler and 4Runner average closer to $35,000, we can guesstimate that the Bronco will be about the same – dropping its starting price to the low- to mid-30s.

Whatever the starting price, it won’t include the huge array of accessories Ford is planning to offer. According to a report from Automotive News, there will be 150 accessories available at launch. It’s highly likely that Ford is hoping to replicate the Jeep Wrangler’s success in the accessory market, where the popular off-roader drives a significant amount of business to FCA’s Mopar brand. That should mean Bronco owners will be able to easily customize their off-roader before it even leaves their local Ford dealer. And those who want to wear their Bronco love on their sleeve, literally, will likely be able to choose from a range of clothing and apparel options as well.

When Will We See It?

The Ford Bronco was supposed to be revealed at the 2020 New York International Auto Show, but then coronavirus changed everything. The debut was pushed to spring, and then Ford settled on an official date of July 9. In a bonkers coincidence, that date turned out to also be O.J. Simpson’s birthday, and much has been written about the infamous connection between Simpson and the Bronco. As such, Ford delayed the Bronco reveal again to July 13. Barring any further pandemics or odd coincidences, that should be the final final debut date.

Fri Jul 10 , 2020
Although your bicycle might not be the most expensive item you own, there is an inarguable emotional attachment to it, which makes bike theft an agonising experience, and a bike lock an essential for any cyclist. If you commute to work, pop down to the store for groceries, or leave […] 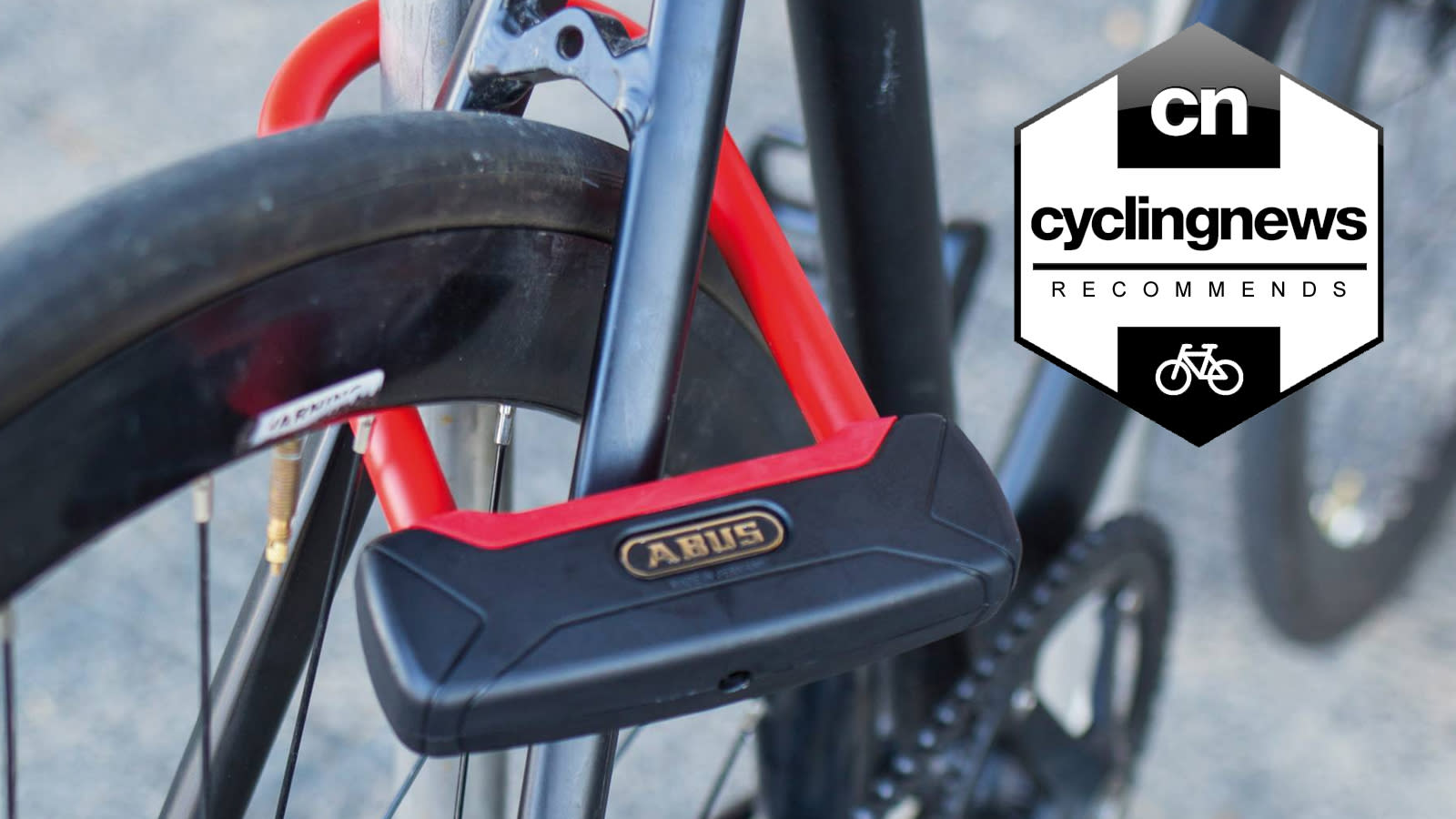