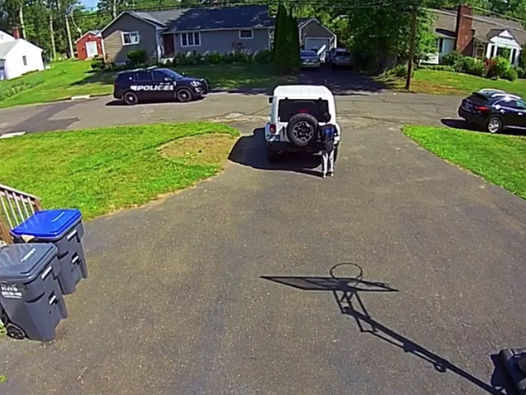 A 10-year-old boy who stopped playing basketball when police passed his home told his dad he did so because “they killed George Floyd”.

Eliah was seen hiding from the patrol car on a video-link watched by his father, Connecticut salesman Stacey Pierre-Louis, who was at work.

In an Instagram post that has been widely shared online, Mr Pierre-Louis asked: “Why does he feel like he has to hide when he isn’t doing anything wrong?”

He said that he was unsure about posting the video, and wrote: “I live in an affluent neighbourhood in Trumbull with a really good school system. This kid has all the opportunity to do/be whatever he wants unlike many kids who look like him because resources aren’t made available.” Why does he feel like he has to hide when he isn’t doing anything wrong?”