Which is the number one country in the world for transportation?  Certainly not the United States.  Not even countries in the EU.  No, you have to look farther east, as Marco Polo did in 1271, to find the future… in China.

I’m so tired of ignorant Americans chanting “we’re number one,” when we are not.  Not in healthcare, education and clearly not when it comes to using transportation to bolster our world trade.

Compare our crumbling interstate highway system, much of it built during the Eisenhower administration, to China’s superhighways, twice the mileage of our own.

Or look at our decaying railroads versus the 15,000 miles of high speed rail on the Chinese mainland, making Amtrak’s Acela look like a toy train (145 mph vs. 220 mph, one train for 300 passengers per hour vs. China’s 1,000 passenger trains departing every 15 minutes).

We keep hearing of the Trump administration’s plans for rebuilding our infrastructure, but nothing ever comes of it.  We pay lip service to that crucial investment but never appropriate it as the priority it should be.

Meanwhile, China keeps spending $300 billion a year on its roads, rails and ports… much of that money coming from bargain-loving American consumers. Crucially, part of that investment is focusing overseas, creating a new Silk Road to markets in Europe and Africa.

China has invested heavily in the port city of Gwadar Pakistan, linked to western China by rail.  And in the tiny African nation of Djibouti, positioned strategically at the mouth of the Red Sea, China not only built and owns the super-port there but has established its first overseas military base there with 400 troops.

Djibouti itself is just a toe-hold in Africa, but the port is connected by a Chinese-built railroad to nearby land-locked Ethiopia, one of the wealthier countries in Africa and anxious to acquire Chinese-made products.

Of course, China is only doing what other empire-building countries like Great Britain and the U.S. did in the past, issuing loans to countries that they’ll never be able to repay while providing lucrative markets for their products… kind of a lose-lose situation for the debtor markets.  When Pakistan and Djibouti can’t repay those Chinese loans, use your imagination to guess what they’ll have to give up instead.

To protect those Chinese-built ports and megaships, China’s People’s Liberation Navy is enjoying rapid growth, soon to rival the U.S. Navy’s capabilities in the Pacific.  By 2030 they will have 530 warships and submarines.

Even the land route from China to Europe is being revived with rail.  There are now three trains a day departing the industrial and technology hub at Xian traveling Marco Polo’s old route west through Kazakhstan, Azerbaijan and Georgia carrying containers filled with electronics and textiles.

The transcontinental journey takes about two weeks but is cheaper than air and faster than shipping.  It’s not a bullet train, just efficient low cost transportation through 60 countries with 5 billion potential customers.

So while the Trump administration battles China with tariffs and empty rhetoric (like calling COVID-19 “Kung Flu”), the Chinese leadership is playing the long game.

We are not only getting outspent by Beijing, but outsmarted.

Posted with permission of Hearst CT Media. Jim Cameron is founder of The Commuter Action Group, and a member of the Darien Representative Town Meeting.


CTViewpoints welcomes rebuttal or opposing views to this and all its commentaries. Read our guidelines and submit your commentary here.

Fri Jul 31 , 2020
⚡️ Read the full article on Motorious Is it coming or going? All custom cars represent the vision and hard work of their builders, but every once in a while, there’s something that makes wonder what people are thinking. That’s why among all of the priceless, million-dollar classics that were […] 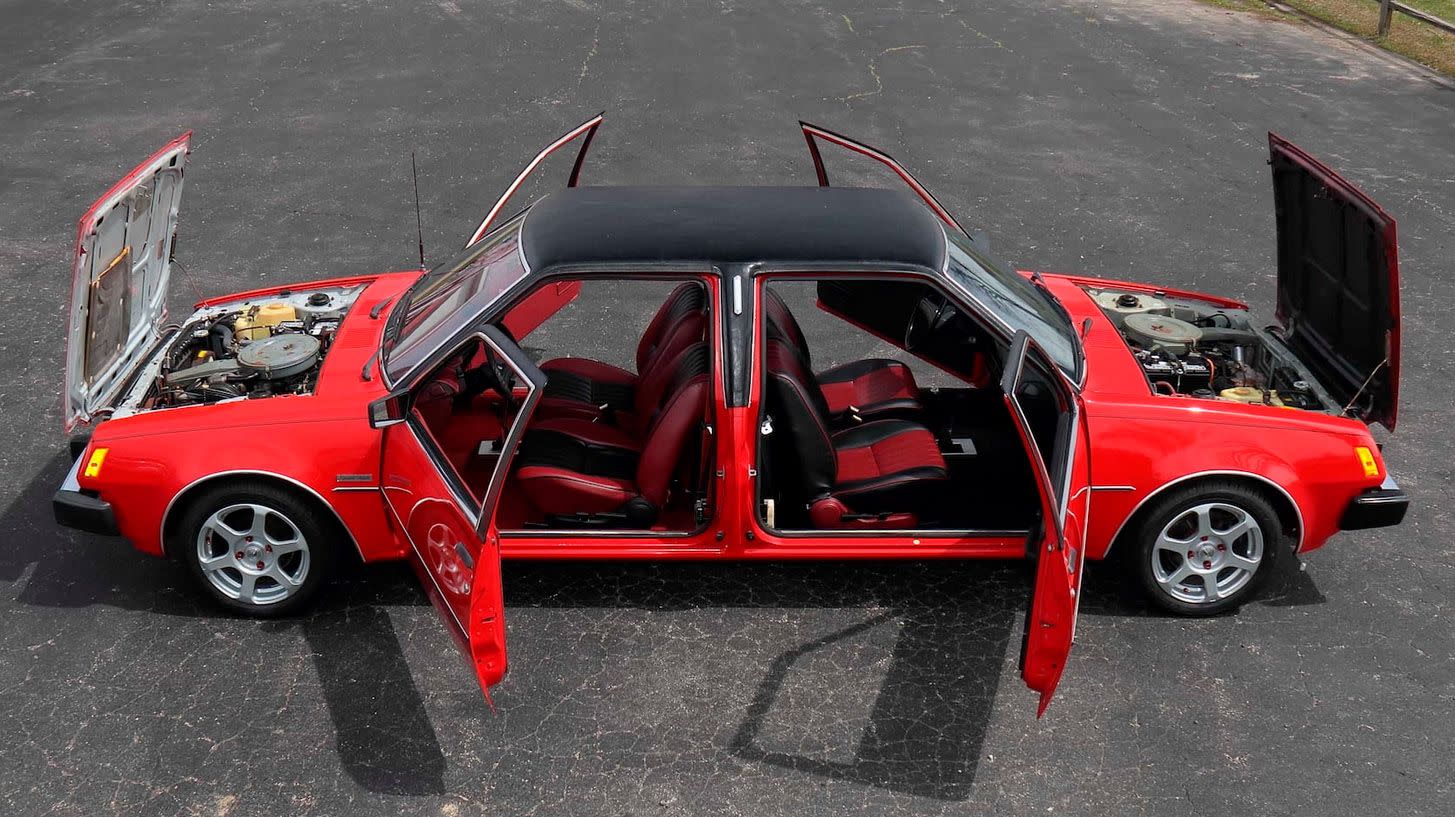