German universities are to start teaching the hitherto neglected subject of bicycling traffic. Seven institutions have received funding from the national government to appoint professors in the subject, with the first students expected to sign up for Masters courses next year.

“Cycling must be placed on an equal footing with other means of transport,” said a statement from the Federal Ministry of Transport and Digital Infrastructure (BMVI) which is endowing the chairs with seed funding of €8.3 million.

“We are providing cyclists with allies who, in the future, can apply their know-how in a focused manner on the ground and in the cities, towns, and local communities,” continued the BMVI statement.

Among the institutions introducing the course in 2021 is the Wildau University of Applied Sciences in Brandenburg. The university’s Klaus-Martin Melzer, a professor in the Department of Engineering and Natural Sciences, helped to develop the ‘Bicycle traffic in intermodal transport networks’ course, and on April 21, he told the Jetzt news site that next year’s students would be “contributing to the traffic revolution.”

He wants students to discover how to best get people out of cars and on to bikes.

Part of the reason many people currently choose to drive is that the built environment often militates against cycling, which is partly a result of cycling being neglected as a subject of study in engineering design courses.

“Traffic engineering, including queueing theory, traffic flow theory, analysis of risk and the capacity of junctions, has been a subject taught at university level for over half a century,” said John Parkin, professor of transport engineering, at the University of the West of England in Bristol.

“However, it has been taught only ever with a focus on motor traffic,” pointed out Parkin, author of Designing for Cycle Traffic from the imprint of the Institution of Civil Engineers.

“It is excellent that German universities, funded by the government, are now turning their attention to the equally complex issues of designing for cycle traffic. Knowledge and understanding of the issues relating to designing for cycles need to improve, and teaching the subject at universities will significantly enhance skills in the industry in the coming years.”

Parkin added: “Instead of cycle traffic only being regarded as playing a minor role, it will now be a major focus.”

CYCLE HISTORIAN Hans-Erhard Lessing, formerly a professor of physics at the University of Ulm, also welcomed the introduction of the subject, believing it could help reverse decades of motoring-only research in the transport engineering departments of German universities.

“All traffic regulations are created in a closed system, consisting of the [transport] ministry and affiliated state research institution, BAST,” said Lessing, co-author of Bicycle Design from the MIT Press.

“Until recently, regulations were promulgated by the ministry without going through parliament, so it is now gratifying that independent universities of applied sciences will form a collection point for knowledge and findings.”

Professor Lessing said the national government had long funded and encouraged the motoring focus of German institutions of higher learning.

“In the past, there have been positive approaches to cycling in Germany,” said Professor Lessing, but these were deliberately extinguished.

“Martin Gropius of the Bauhau built houses with bicycle garages for the Bauhaus masters in 1923; but [later] the Nazis issued an Reichsgaragenordnung, which obliged every housebuilder to add a car garage [when building new houses].”

German house owners, therefore, often had car garages before they had cars, said Lessing, a design feature that encouraged the take-up of motoring.

Hitler’s Nazi party (wrongly) gets the credit for building autobahns and thereby creating a utopia for a tiny number of pre-war motorists, but the accompanying desire to rid the ordinary streets of cyclists was not explicitly fascist.

Cyclists started to be treated as second-class citizens in Germany in the 1920s. Despite being in the majority, cyclists ought to be confined to cycle paths, suggested many motorists at the time.

The first cycle paths in Germany had been wide, well designed, and constructed for the convenience of cyclists. However, the cycle paths called for in 1926 by the Research Association for the Construction of Automobile Roads (STUFA), and soon after that constructed by the Zentralstelle für Radwege (Central Office for Bike Paths), would be narrow, made from cheap materials and indirect.

Following Hitler’s ascent to power the rights of cyclists were further eroded. Cycling was disparaged as the transport choice of the “little man.” The use of cycle paths, when provided, became mandatory from October 1934, even if the path was poorly designed, surfaced, or maintained. There was no outcry from cycling associations because they had been either outlawed or brought within the fascist fold as the Nazi-controlled Deutscher Radfahrer Verband (German Bicycle Association).

In the run-up to the Berlin Olympics of 1936, Nazi propaganda crowed: “Let us show the marvelling foreigners proof of an up-and-coming Germany where the motorist has bicycle-free access not only to the autobahns but to all roads.”

TODAY, WITH A growing appreciation that mass motoring accelerates climate change, leads to poor health outcomes for those inside and outside of cars and jams cities, the introduction of the bicycle traffic course is a recognition that cycling is a mode of transport, worthy of study.

“I think its part of an important trend where active transport modes are treated as professional sectors in all senses, not just something for enthusiasts,” said Kevin Mayne, director of Brussels-based trade association Cycling Industries Europe.

“We have hundreds of classes for how to design for car traffic. No wonder we have a car-centric transportation system.”

Existing study options for Masters students outside of Germany interested in bicycling traffic include the University of Amsterdam’s ‘Planning the Cycling City’ three-week summer school (the 2020 course has been canceled due to the lockdown) and a new, five-week course from the same institution. ‘Unraveling the Cycling City’ is billed as the world’s first academic online course on cycling.

Sat May 2 , 2020
SALT LAKE CITY — Earlier this week, the bicycle I ride for exercise each day after the daily grind in my basement office needed a minor repair. A sign on the door of the shop told me to wait outside. Only 10 people were allowed inside at a time. After […] 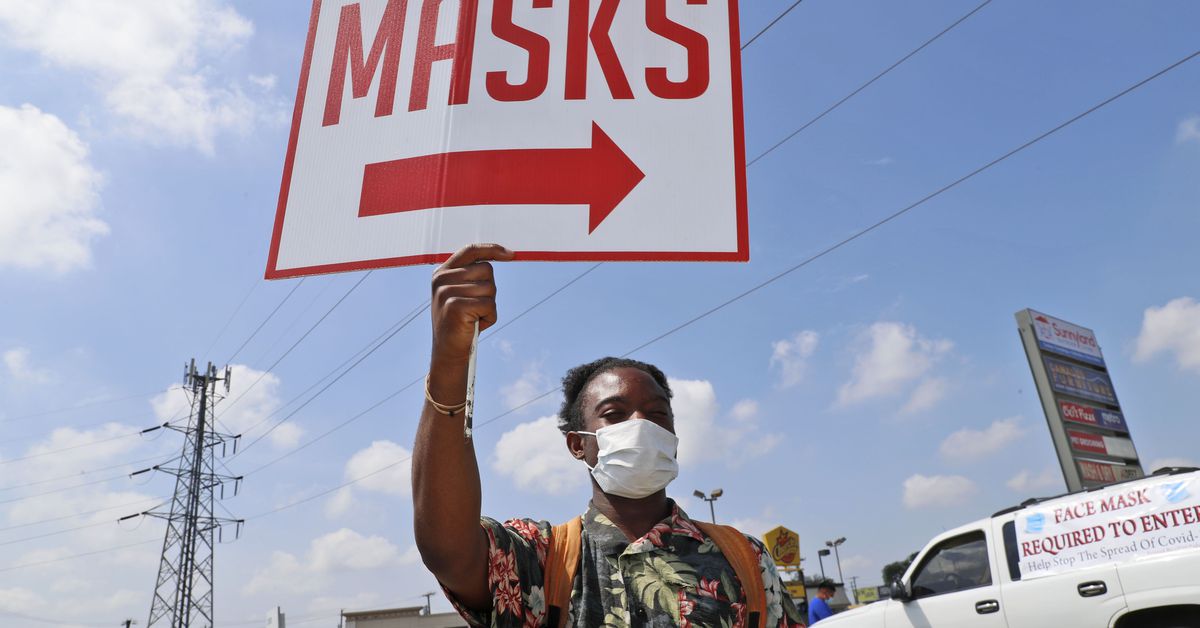