It was one week before Christmas 1980 when an anonymous caller contacted the newsroom of the former Australian afternoon tabloid, the Sydney Sun. The female caller said she had been told to pass on a message. “I am speaking on behalf of the Justice Commandos of Armenian Genocide. The attacks […]

It was one week before Christmas 1980 when an anonymous caller contacted the newsroom of the former Australian afternoon tabloid, the Sydney Sun.

The female caller said she had been told to pass on a message.

“I am speaking on behalf of the Justice Commandos of Armenian Genocide. The attacks are in retaliation for the injustice done to the Armenians by Turkey in 1915.

“Turks and Turkish institutions are our targets.”

Only minutes earlier, Turkish consul-general Sarik Ariyak had been gunned down in his car outside his Dover Heights home, with his wife and eight-year-old daughter watching on.

The 50-year-old and his bodyguard, Engin Sever, 28, were attacked by two men as they sat in separate cars outside the house on Portland Street on December 17 around 9.45am.

The men arrived on a motorcycle. One kept the engine running as the other sprayed bullets. Ariyak died at the scene, while Sever later died at St Vincent’s Hospital.

It was one of the first international politically-motivated attacks on Australian soil, and would later be linked to the attempted bombing of the Turkish consulate in Melbourne in 1986.

More than 40 years later no one has been charged for the murder of the Turkish men, and a A$1 million (NZ$1.09 million) reward remains on offer for any information about the mystery.

On Thursday, a renewed appeal by the NSW Joint Counter Terrorism Team revealed information gathered since the 2019 announcement of the reward had led investigators to the bottom of Sydney Harbour.

In waters off Greenwich Point police divers retrieved a number of “barnacled” items of interest. As well as possible weapons, divers were seeking anything that could have been used or disposed of after the assassination, such as helmets or gloves.

“There are only so many things that are going to be useful to us after 40 years in salt water. But we’ve seen in very recent history … some horrendous unsolved homicides have been solved,” he said.

“There will be people in the Sydney [and] Australian community that know what occurred. They will have information to put the pieces of the puzzle together … I urge them to come forward.”

For the past 12 months around a dozen officers have worked on the cold case, which Assistant Commissioner Walton described as “the most calculated, brutal act of terrorism that remains unsolved”.

In December last year investigators released computer-generated images of the unknown men, based on witness descriptions.

The digital images are a long way from the first police descriptions in 1980, which simply described the gunman as “168cm tall … wearing a grey knee-length coat and fawn trousers”.

The getaway rider was described as “175 cm tall, wearing dark blue overalls … and a heavy brass motorcycle chain draped across his shoulders and chest”.

In the four decades since the double murder, investigators have pursued various lines of inquiry, including that the killers were special hit men flown into Australia. They also looked at potential links to the Justice Commandos of the Armenian Genocide.

The militant organisation sought an independent Armenia and ran an international terrorism campaign against Turkish interests, seeking retribution for the 1915 Armenian genocide. One of its first acts was a bombing in Paris in 1976.

Investigators believe more than 30 similar attacks around the world over 20 years were “consistent with the act and motive” of the group, including the attempted bombing of the Turkish consulate in Melbourne’s South Yarra in 1986.

The only casualty of the botched explosion was the man handling the bomb, Hagop Levonian, who was killed instantly when it detonated prematurely inside the building’s car park.

Assistant Commissioner Walton said it would be obvious to connect the attempted bombing to the assassination of Ariyak and his bodyguard.

“It’s reasonable to think the same people would be connected with these two crimes.”

Last year Ariyak’s daughter, Cagla Ariyak, returned to Sydney from the US for the first time since 1980.

She said she has never forgotten the moment she watched her father die.

“It’s a Turkish custom to stand at the door and wave goodbye … then that’s what happened. It was, of course, quite a shock – it happened in front of us. Devastating, more than awful … I can’t describe it.”

Thu Aug 20 , 2020
VICTORY! It was the one-word headline that the people of Syracuse had wanted to see spread out across the front-page of the Post-Standard for almost four years during World War II. And now, finally, on the morning of Aug. 15, 1945, it was finally there. Beneath that all-important word, the […] 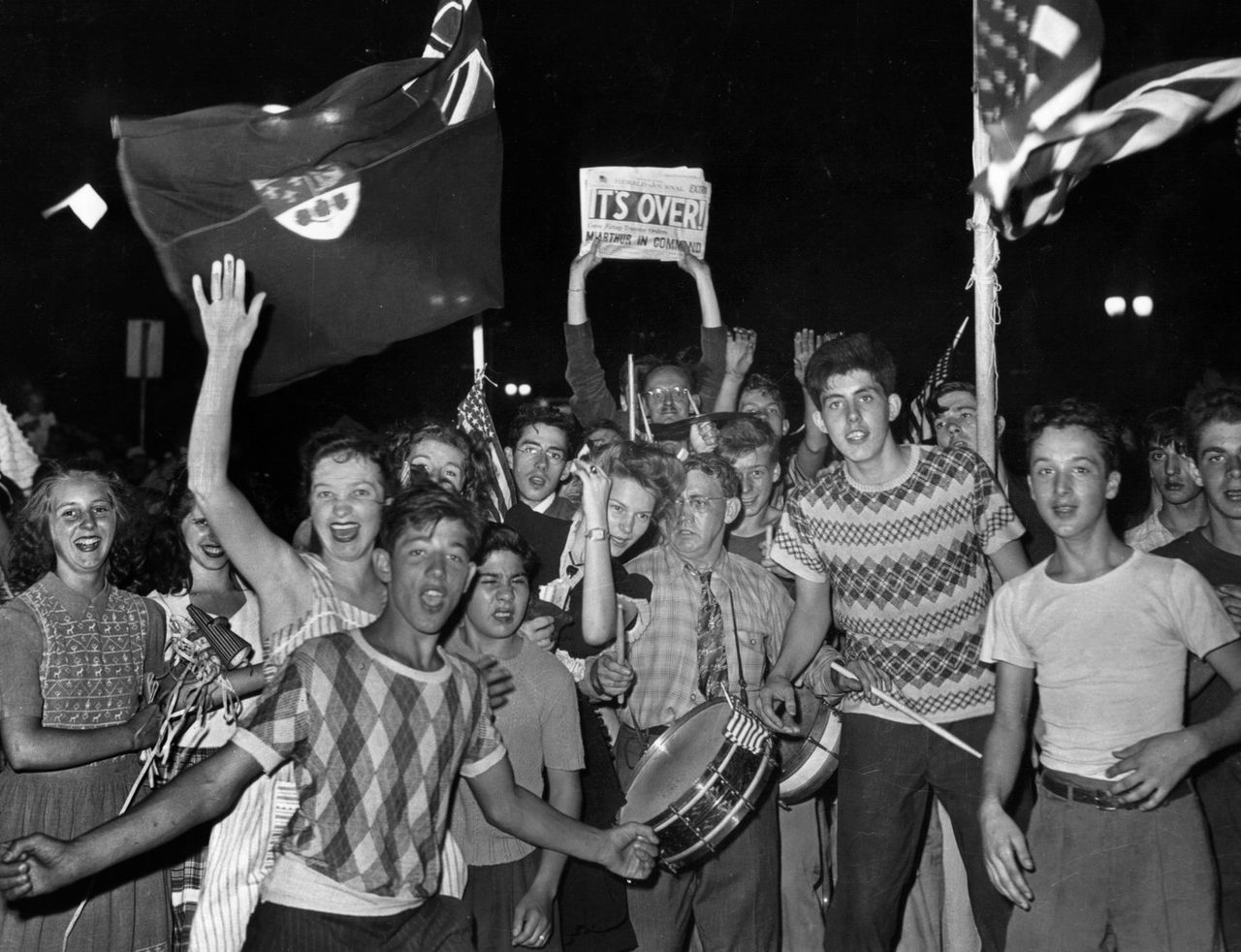