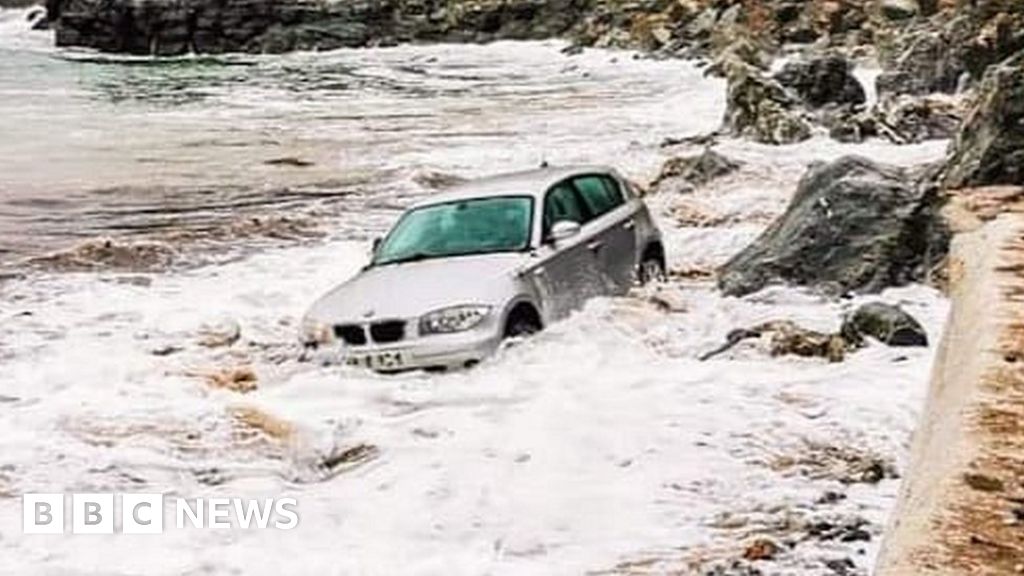 A car has been pictured being washed around in the surf on a Cornish beach.

The silver BMW was seen crashing in the waves at Trevaunance Cove in St Agnes at about 06:00 BST.

It was towed away by a breakdown recovery driver a few hours later, who said “it was floating around like a boat” when he arrived.

The car, which is now a write-off, belongs to a man from Falmouth, and was “full of seaweed”, the recovery driver said.

The owner of the beach, Steve Blundson, was walking his dogs when he saw the car, checked there was nobody inside and called the police.